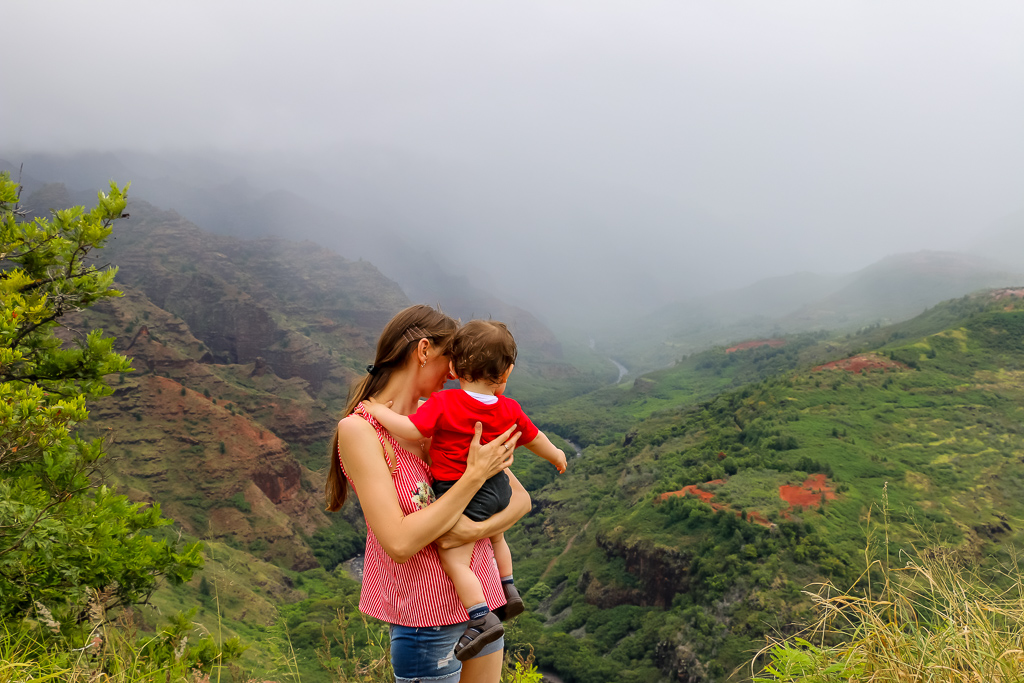 Most people believe that a tropical island such as Kauai needs at least a week to explore and enjoy it and partake in as many activities as possible. And thus, when time comes to plan a vacation, even Americans often overlook it, settling for less extravagant options. The truth is you don’t need a month-long time off to enjoy the island life. It’s absolutely possible to experience most of the must-do things on Kauai on a long weekend. Basking in the sun, swimming in the ocean, hiking to picturesque vistas, and indulging in super ripe, juicy tropical fruits is closer than you think. Leave your old excuses at home and join me on an epic adventure exploring the must-do things on Kauai on a long weekend.

So, Here is Our Take on 11 of the Must-Do Things on Kauai on a Long Weekend

Wailua River State Park is a place that can’t be missed. Even if you get a little bit lost and can’t find clear directions, drive in the east direction from Kapaa. It doesn’t take more than 15 minutes to reach the destination. Small parking lot just off the road instantly attracts with lush greenery and palm grove nearby. To the left of it, inconspicuous lookout point unveils secret to the popularity of Wailua River State Park. From this tiny observation deck, all you can see is green: trees, grass, the valley. But it’s not the usual dark green color of the plants, it’s, shall I say, tropical green – slightly lighter and softer. The Wailua River with its blue waters is the only interruption in this uninformed gamut. However, it doesn’t spoil the overall picture. On the contrary, the river adds more balance and harmony to the park.

The coconut grove with chickens running wildly around presents another reason to put Wailua River State Park on your list of must-do things on Kauai on a long weekend. This part of the park is especially popular among visitors with kids that can get enough of chasing those wild birds. 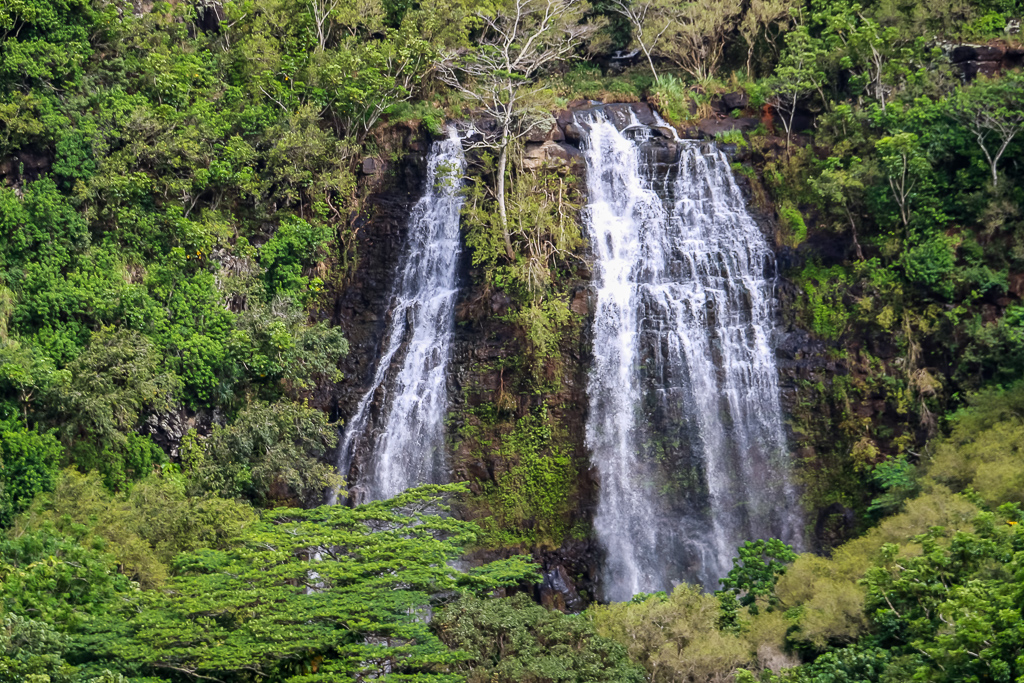 About five minute-drive from Wailua River State Park lookout point, another must-do attraction on Kauai on a long weekend quickly entices the visitors. Opaekaa Falls are located on the east of Kauai on the territory of Wailua River State Park. A 151-foot natural phenomenon is one of the waterfalls of the island that can be seen from the side of the road. Two massive streams flowing over basalt from volcanic eruptions millions of year ago create a visual resonance to the overall green idyll. Most visitors don’t go beyond watching Opaekaa Falls from a distance. However, it’s absolutely possible to hike down to the bottom of the waterfall. A steep tail though requires a lot of endurance and expert skills.

With the intention of preserving unique history of the island, Kamokila Hawaiian Village offers an unprecedented look at an authentic Hawaiian settlement. The must-do sight was rebuilt from scratch on the remains of a once existing here village. The main features include different kinds of huts that apparently served as places of gathering, eating, seeing a doctor, and private space for a chief of the tribe. To further enhance the authentic experience, founders of Kamokila Village made sure to incorporate native plants and trees. Their fruits are available to all visitors of the sight. 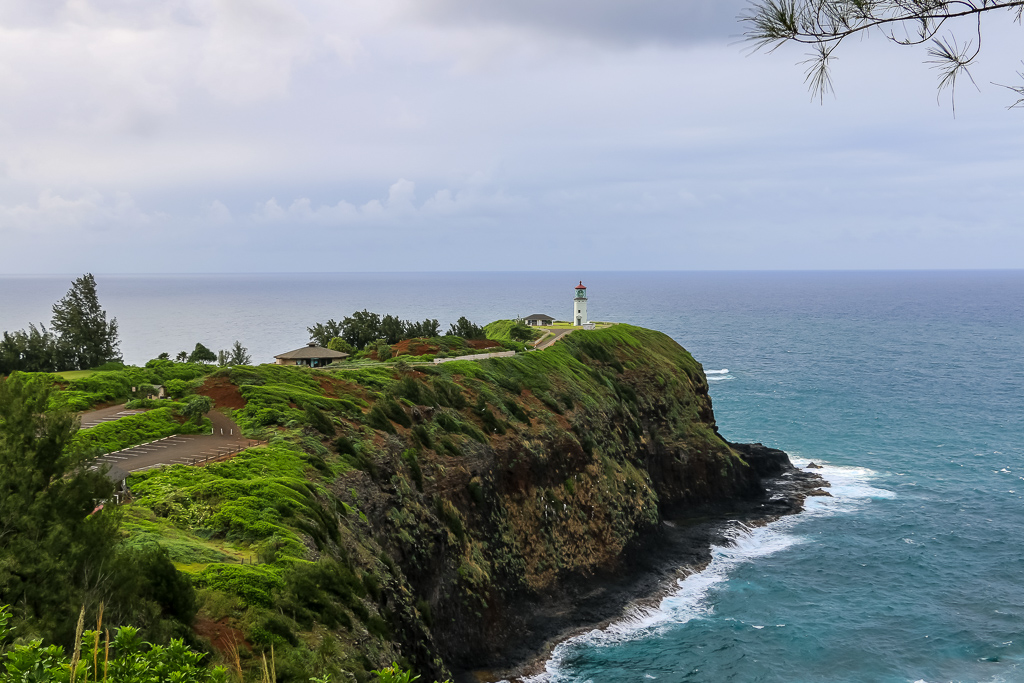 On the west side of Kauai, Kilauea Lighthouse sits on a far end of Kilauea Point. Thanks to beautiful surrounding consisting of lush greenery and raging ocean waves, the lighthouse tops the chart of the must-do thing on Kauai. The impeccable structure towers 180 feet above the ocean and is open to public Tuesday through Friday. Although the lighthouse doesn’t serve its purpose any longer, it became an important part of the island. The interesting structure still reminds of the time when its beam reached up to 22 miles away from the shore. We have included Queen’s Bath of the list of 11 of the must-do things on Kauai on a long weekend merely because of its unique nature and beautiful surroundings. A cherished possession of the north shore of the island, this distinct sight is a natural tide pool encompassed by igneous rock. However, despite its reputation of summertime favorite attraction, the Queen’s Bath is considered one of the most dangerous places on the Kauai Island. Very big surf that usually happens from October through May might present life-threatening situations for unaware visitors. Fatal accidents have been registered after people were swept off the rocks.

The moment you pull over to look at a large canyon with predominantly red, brown, and green hues, your mind immediately goes back to one of the natural wonders of the world, the Grand Canyon. Waimea Canyon State Park indeed possesses some characteristic features that allow to give it the nickname of the Grand Canyon of the Pacific. Approximately ten miles long and over 3,000 feet deep, the park attracts with its incredible views, challenging hiking trails, and cascading waterfalls. 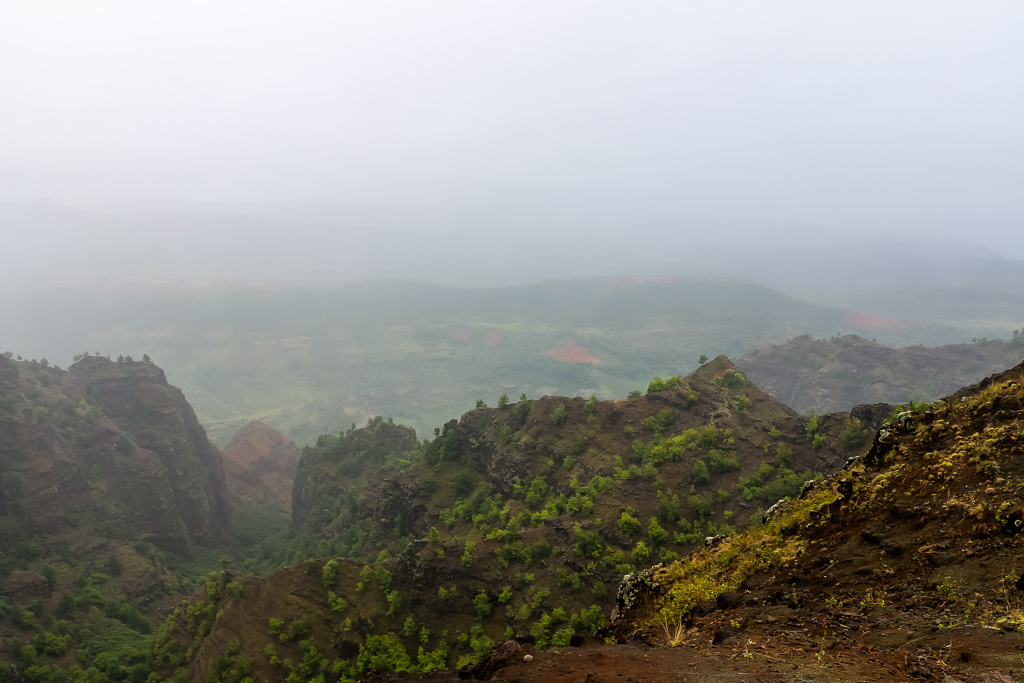 Because of fog, we didn’t get clear view from Kalalau Lookout

The list of the 11 of the must-do things on Kauai on a long weekend wouldn’t be complete without including Kalalau Lookout. The famous observation deck is located at 4,000 feet above sea level, the highest elevation that one could reach by road on the island. Thanks to its easy accessibility and such elevated position, the lookout opens the best view over Kalalau Valley, one of the most recognized places in all of Hawaii. The pristine beauty of the valley didn’t go unnoticed by Hollywood who used it as the backdrop for such blockbusters as “King Kong”, “Jurassic Park”, “Mighty Joe Young”, and “Six Days Seven Nights” starring Harrison Ford and Anne Heche. Shipwreck Beach is a small, moderately busy beach in front of the Grand Hyatt Hotel. Despite its almost central location, the beach doesn’t attract many visitors. Large waves, permanent attendants of this part of Kauai, forcefully crush against the shore, making swimming here exceptionally difficult. Watching sunsets, on the other hand, present better options for Shipwreck Beach.

Old Hawaiian legend says that a giant lizard named Kaikapu was guarded the southern coast of Kauai many, many years ago. Nobody dared to enter the area except one young boy named Liko. The lizard didn’t like the uninvited guest and tried to attack him. In order to escape, Liko swan under the lava shelf and scrambled through a small hole to the surface. Kaikapu was not that lucky and got stuck in the lava tube. To this day, the angry lizard sits there, roaring and spraying her breath from the blowhole. Science, however, has different explanation to Spouting Horn. The Poipu surf goes into a natural lava tube and releases a huge spout of water that can reach up to 50 feet in the air. Every day, this water show get many onlookers that either watch it over and over again, or capture it in order to present to the rest of the world.

A beautiful beach is one of the absolute must-do things on a tropical island on a long weekend. Hanalei Bay Beach falls perfectly into this category. A 125 feet wide area with over two miles of sand fascinates with the green mountains in the background and two large coral reefs on both sides of the bay. There are plenty of opportunities for surfing, boogie boarding, and swimming. Moreover, Hanalei Bay Beach never gets overcrowded as majority of the visitors gravitate towards more popular Ke’e Beach. Sleeping Giant Trail is one of the most popular hiking trails on Kauai. However, if your long weekend is not long enough to conquer this path, connecting all dots in order to see a sleeping man can excite you beyond any expectations. Luckily, the massive mountain is visible almost from everywhere in Kapaa. 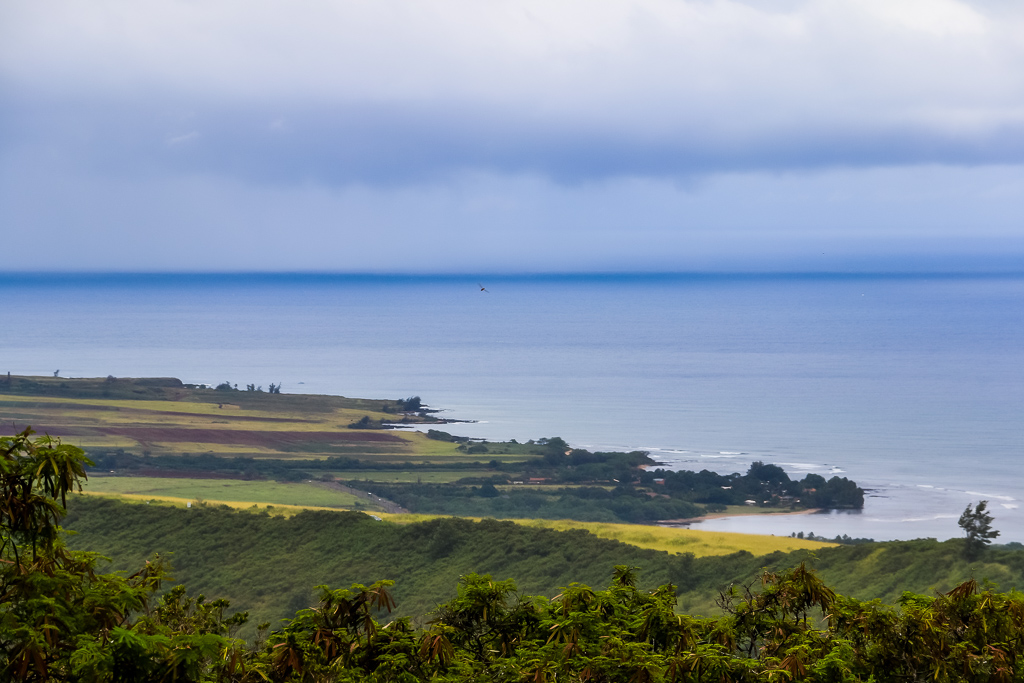 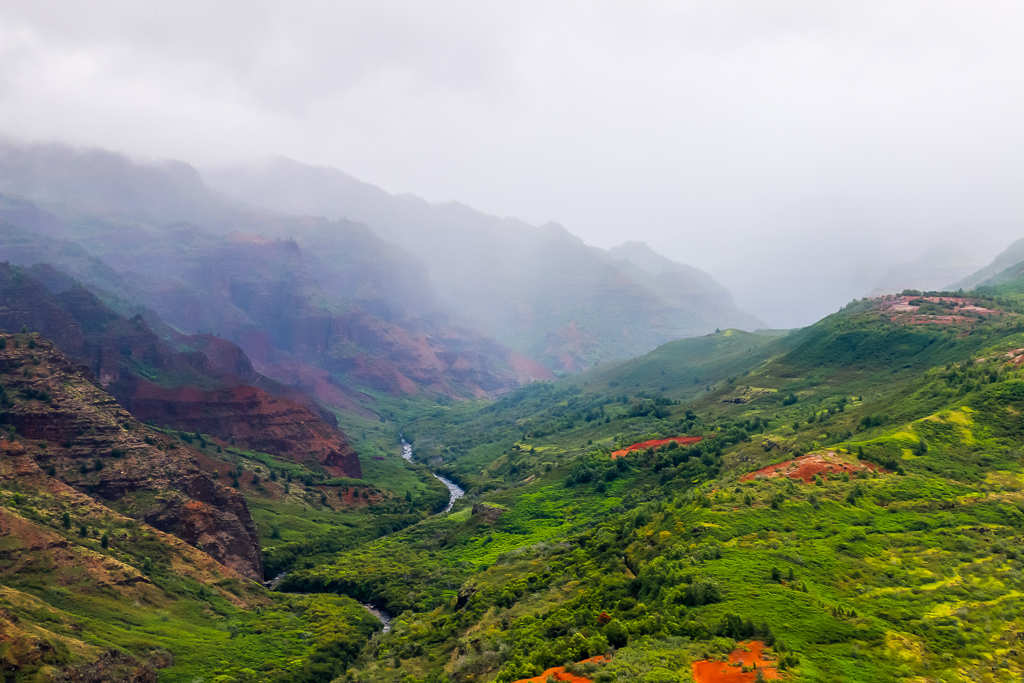 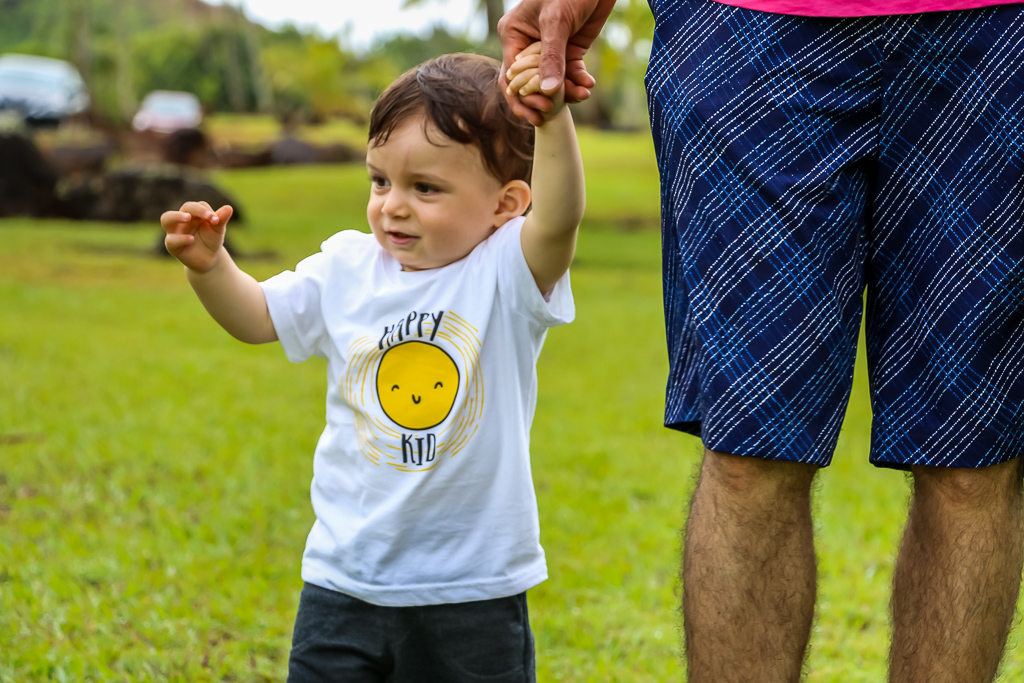 At Wailua River State Park with the family

in Adventure, Alaska, USA
10 Incredible Reasons to Visit Alaska
in California, USA
10 Best Day Trips from Los Angeles for Nature Lovers
in Destinations
7 Things to Learn from Taxi Drivers around the World