When in the Czech Republic, always keep an eye on unforgettable things to do in Prague that come in the most unexpected places.

10 Unforgettable Things to Do in Prague

In truth, there are no streets that don’t provide you with unforgettable things to do in Prague. The city is that special. Many travelers hear good things about Prague. However, only seeing it in person helps you understand the charm and magnetism of the city. I won’t fall far from the truth when I say that almost every area offers some unforgettable things to do in Prague. One street might intrigue you with its colorful structures. Stunning architecture of an other keeps you for hours before letting go and do other interesting things in Prague.

My visit to the capital of the Czech Republic was just like that. Before the trip, Charles Bridge was on top of other things to do in Prague. However, once in the city, I couldn’t get enough of its Gothic buildings and cobblestone streets. Every corner of the capital offered unexpected discoveries that could last for as long as you were in the city. However, if you want to get into details, here are 10 unforgettable things to do in Prague.

THE BEST THINGS TO DO IN PRAGUE: 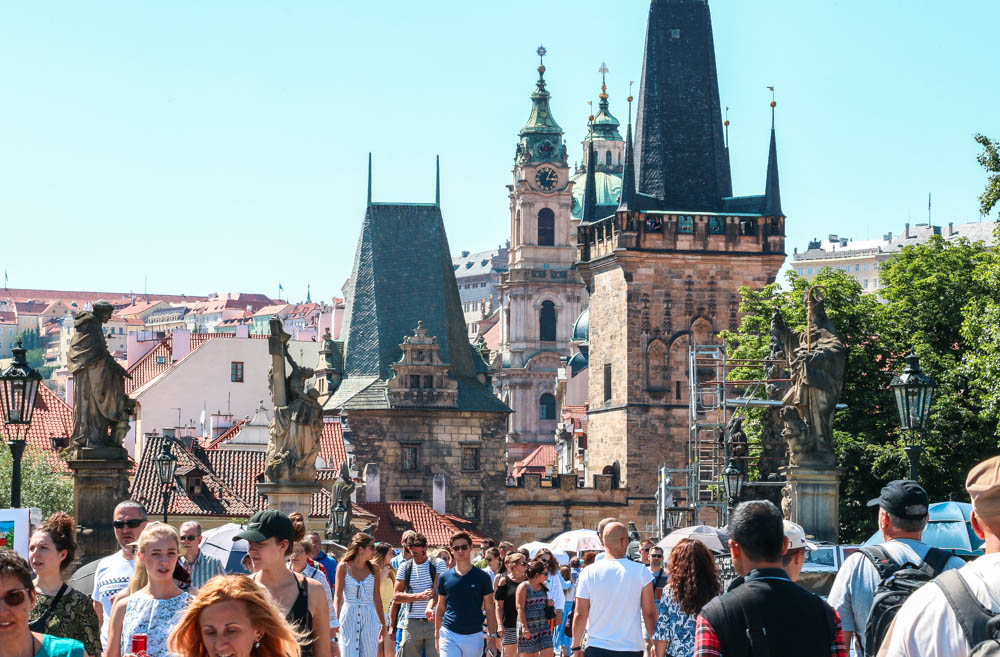 No one will argue that visiting Charles Bridge is one of the first things to do in Prague. In fact, this landmark might be the only place you ever heard about before traveling to the capital of the Czech Republic.

One of the most beautiful bridges in the city, Charles Bridge impresses with both aesthetic look and historical significance. Construction of the bridge started in 1357 and lasted until the beginning of the 15th century. For the next few centuries, Charles Bridge was the only crossing over the Vltava River. Most importantly it served as the only connection between the Prague Castle and the Old Town.

It’s not hard to differentiate Charles Bridge from many other bridges in the city thanks to its signature towers and statues. One feature, the plague on the statue of John of Nepomuk, though, carries deeper meaning than the others. As the tale goes, touching it is one of the most important things to do in Prague. It’s supposed to bring good luck and ensure your return to the city. 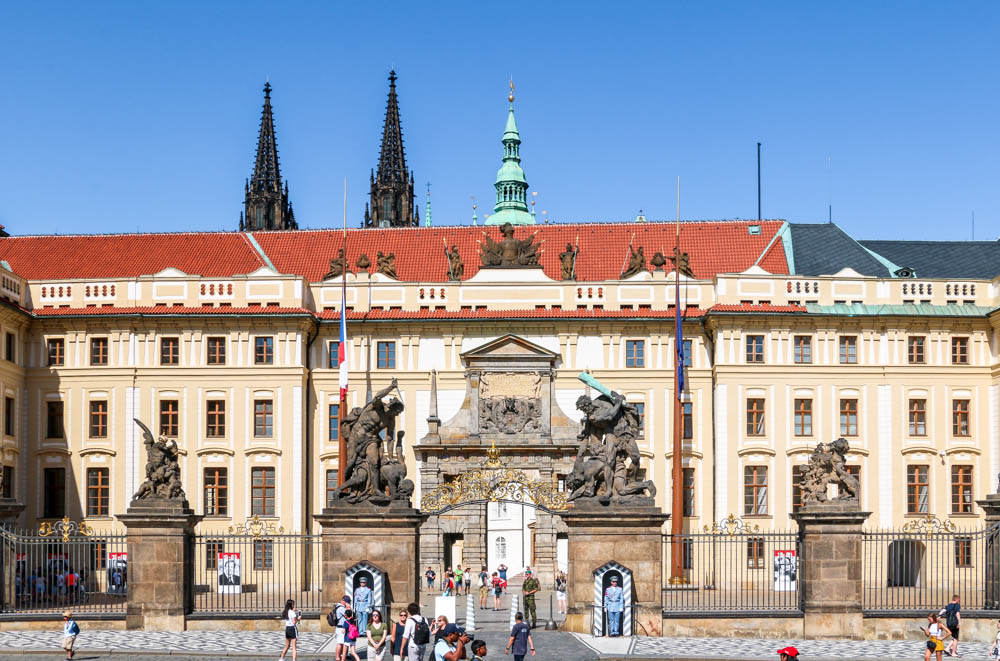 Europe is a place to go to explore opulent medieval castle. However, if you dream of walking into the largest castle in the world, Prague is eager to fulfill your desire. According to the Guinness Book, the Prague Castle is the largest ancient castle int the world. The Castle was built in the 9th century. Today apart from welcoming millions of visitors yearly, it’s the official office of the president of the Czech Republic. 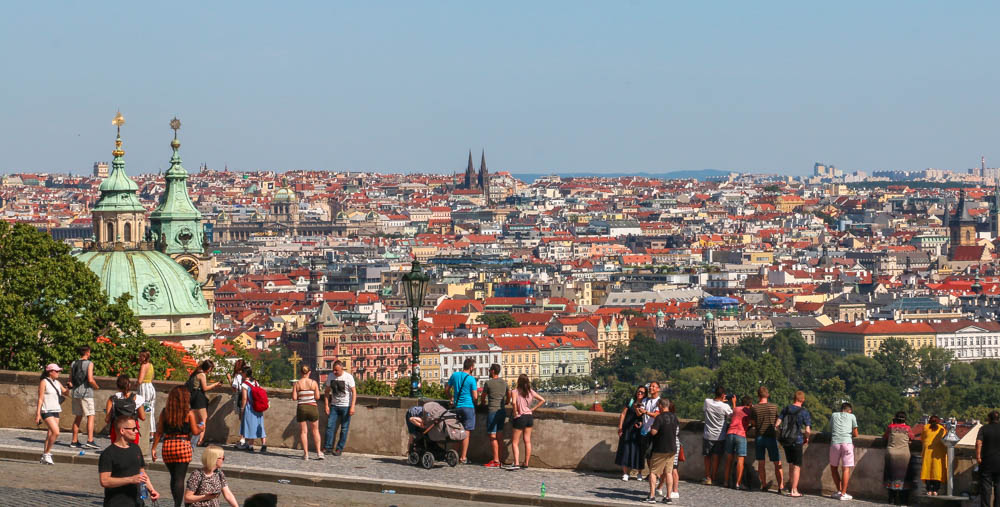 While the visit to the Prague Castle is not free, enjoying panoramic views over the city from a place nearby won’t cost you a dime. Ok, I’ll take that back. You will spend some money (Czech korunas to be exact) for a cup of tea or coffee. This is essential if you prefer to take it slow and take time to enjoy the city from above. 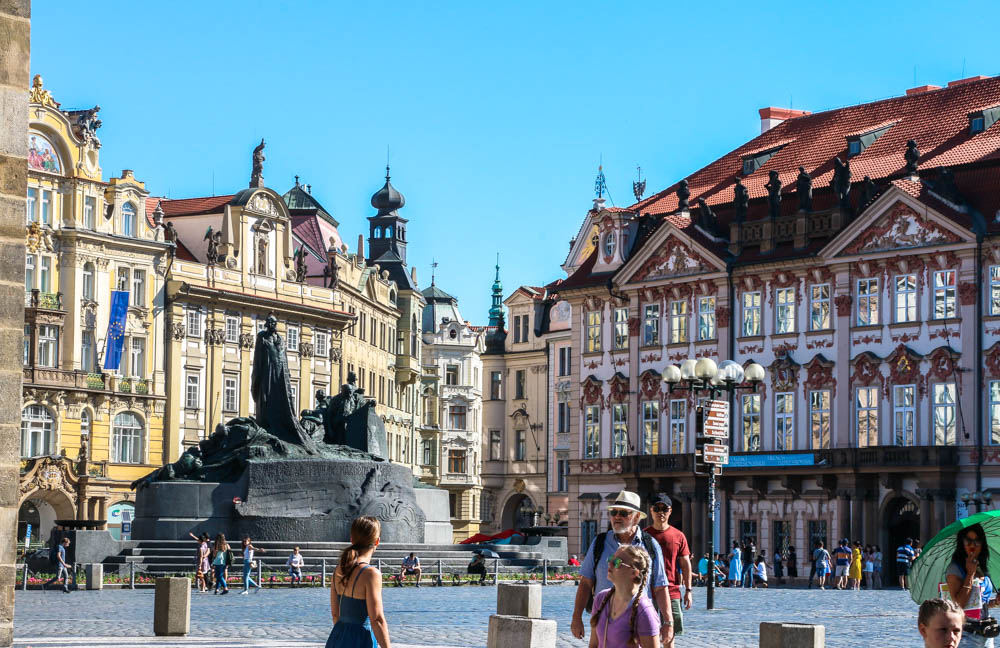 One of the most unforgettable things to do in Prague includes catching the view of Old Town Square. While you can certainly enjoy the square on so-to-say ground level, the tower of the Old Town Hall offers the best views. 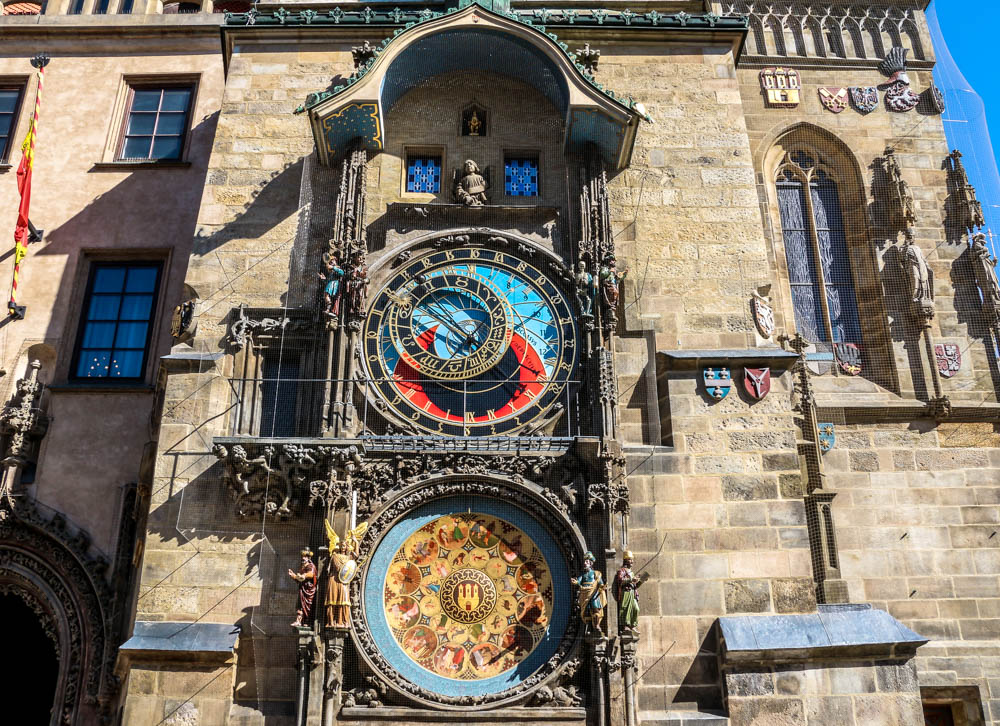 Apart from the famous tower, the Old Town Hall attracts audiences with its unique Astronomical Clock, also known as the Orloj. Dating back to 1410, this Astronomical Clock is the third-oldest astronomical clock in the world. Today it’s also the oldest clock still in operation, giving daily shows every hour from 9 a.m. until 11 p.m. Be sure to add at least one of these shows to your list of things to do in Prague. 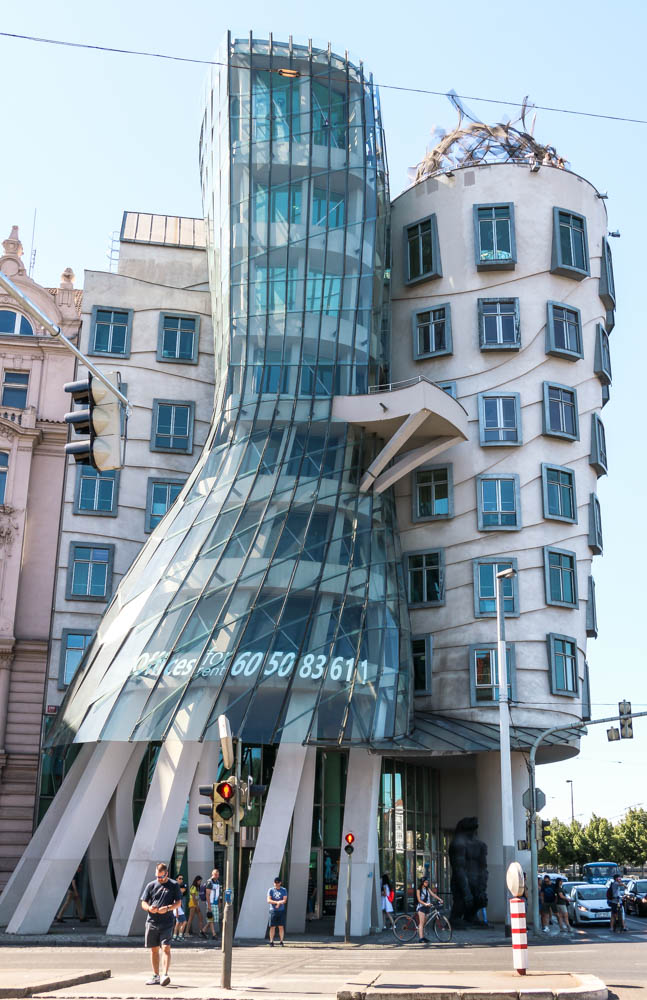 To see another show in Prague, you don’t need to punctual. The Dancing House allows you to come and go as you please. But at the same time, it never fails to inspire you to learn some new dance moves. One of the most incredible things to see in Prague, the Dancing House was inspired by the famous dancers Ginger Rogers and Fred Astair.

7. Take a Cruise on the Vltava 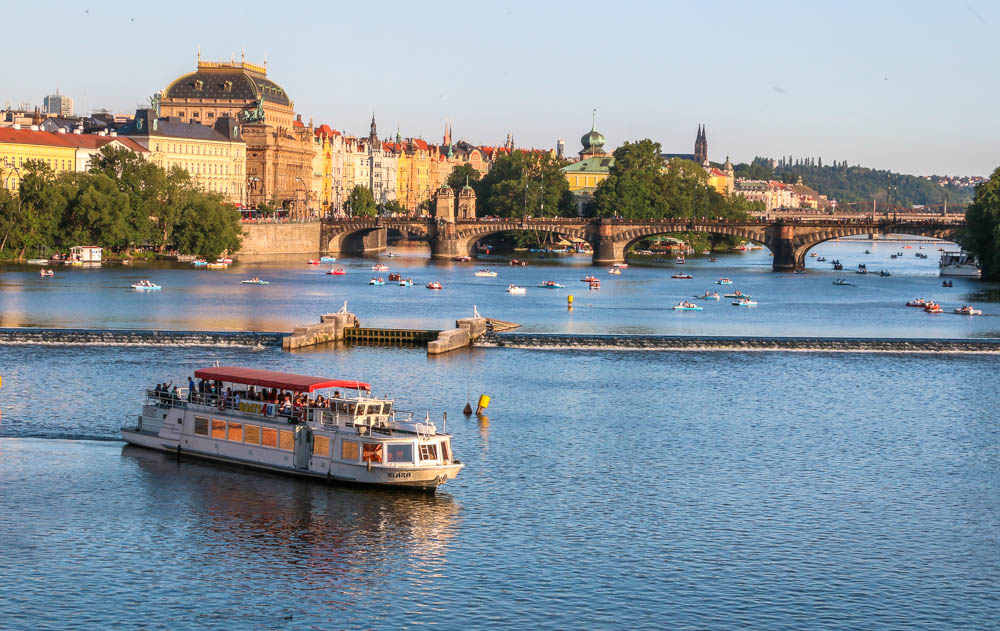 Home to the longest river in the Czech Republic, Prague is eager to spoil you with a river cruise. On top of that, this short trip gives you an opportunity to see different side of the city so far an so close to its normal hustle and bustle. 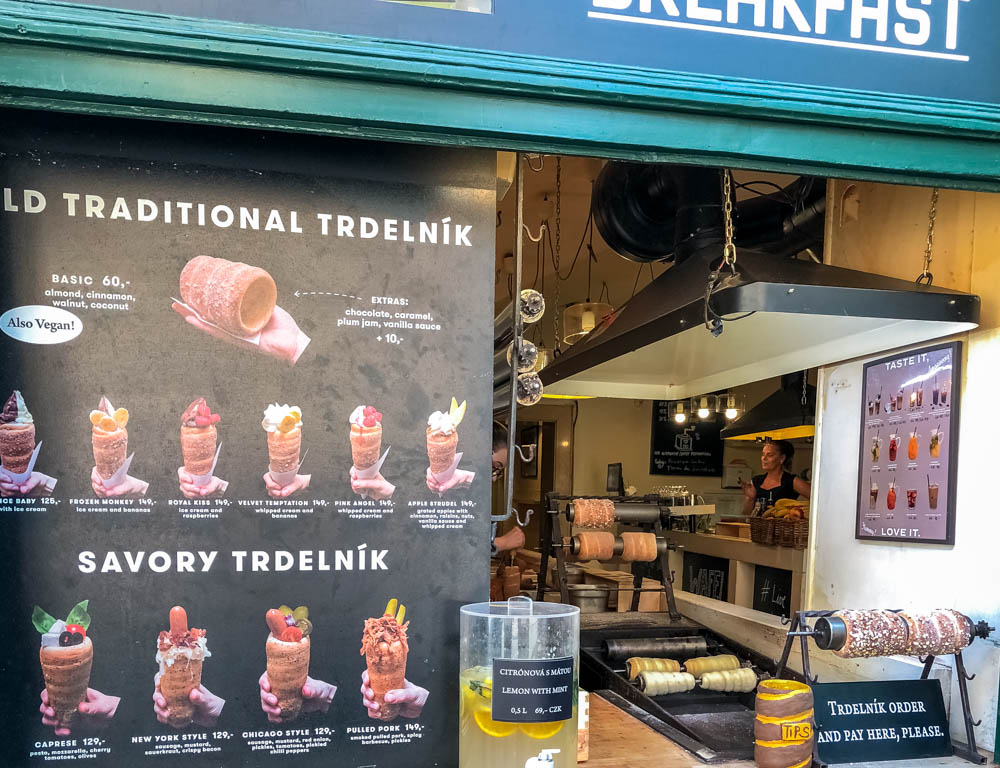 Trying trdelnik is one of the sweetest things to do in Prague. Hollow spit cake topped with sugar and walnut mix is a favorite street desert of locals and visitors alike. 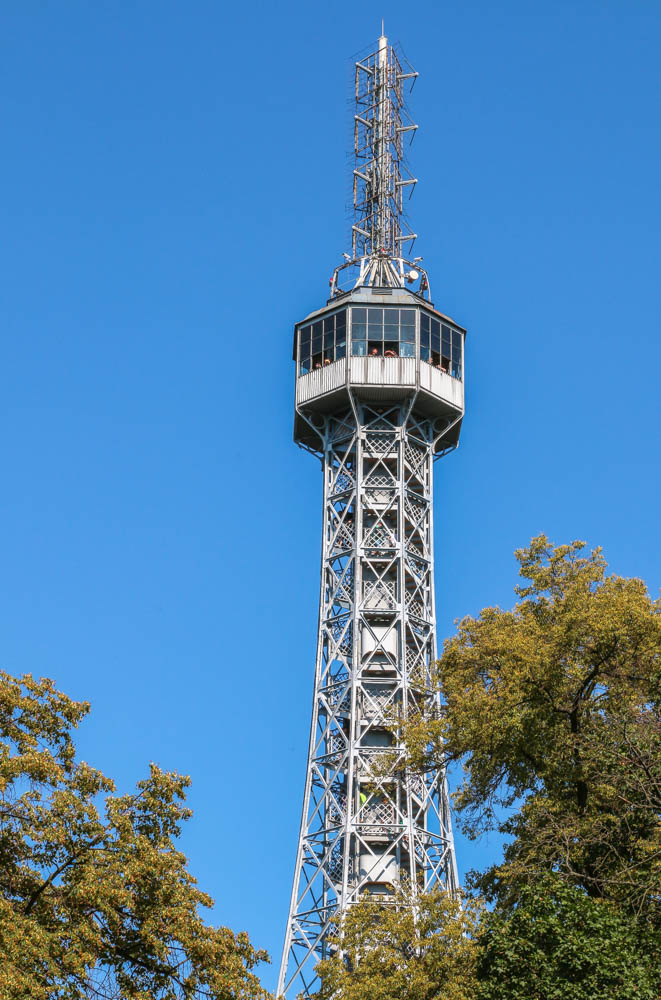 Admiring the city from above is undoubtably one of the most popular things to do in Prague. For the panoramic view of the whole city, look no further than the Petrin Lookout Tower. The Czech Eiffel Tower is 63.5 meters high with 299 steps leading to its peak. It came into existence in 1891 and used to fulfill different functions. Today it’s one of the most important landmarks of the city and serves primarily to entertain its visitors. 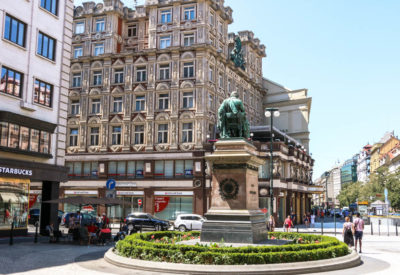 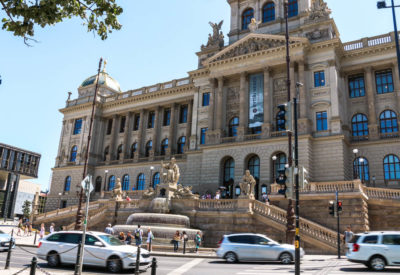 The Times Square of Prague, Wenceslas Square is full of shops, restaurants, and some of the city’s best beer pubs and breweries. The square is located in the heart of New Town Prague. It’s famous for statue of King Wenceslas and the National Museum.