I’ve been baking Russian apple cake every day, and it’s not even apple season.

Russian apple cake, also called sharlotka, is a staple of fall diet in Russia and most of Eastern Europe. My love affair with this dessert started with a simple recipe my school friend shared with me after I tried Russian apple cake at her place. It was many years ago, and I lost the original recipe. But since then I’ve been making my own version of the cake. Moreover, I adopted my friend’s Russian apple cake recipe to a healthier version, substituting honey for sugar and omitting eggs.

Sharlotka is often described as an apple sponge cake. Many bakers also call it Russian apple pie. But since this recipe doesn’t ask for a typical pie crust, making it even easier than you would think. Most people make Russian apple cake without milk and use eggs to keep batter stick together. I do the opposite: leave the eggs behind and add plant-based milk and coconut oil. 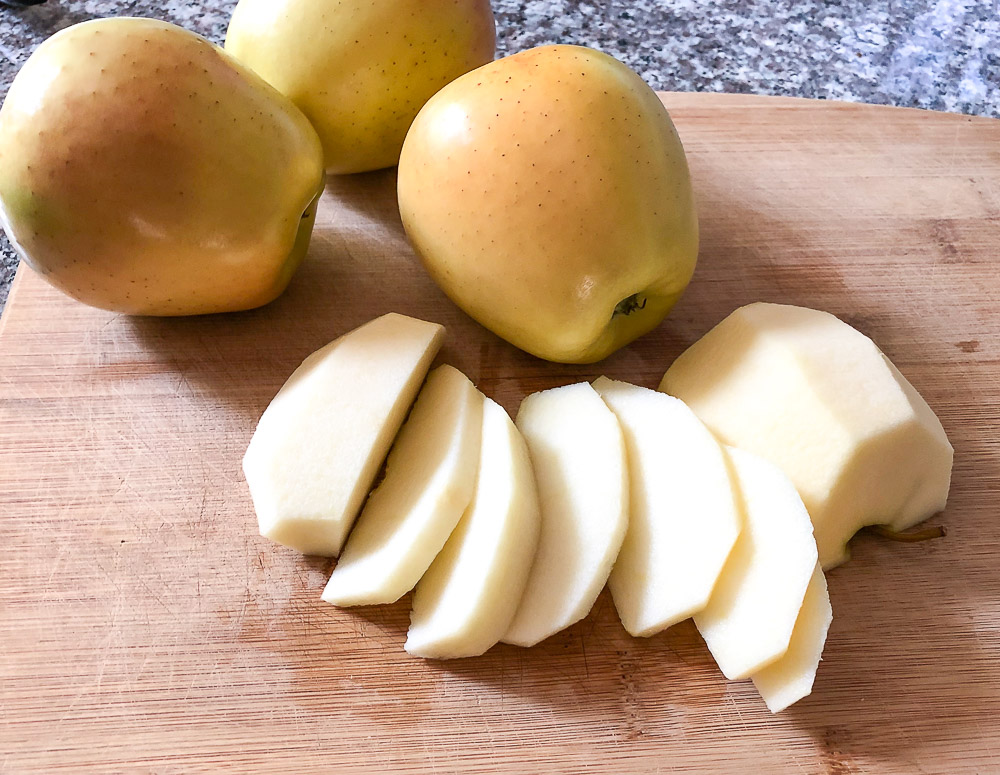 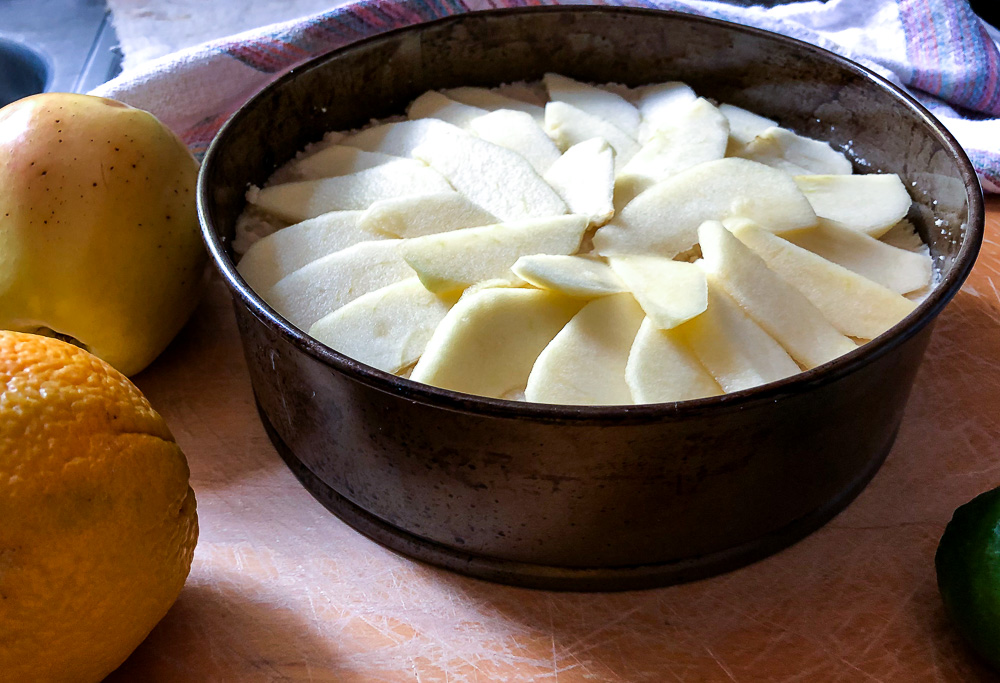 How Russian Apple Cake Was Invented

This simple Russian apple cake has not a simple story. It’s believed that Russian sharlotka was first invented in London in the 19th century. Its father, French Cook Marie Antoine Careme, used savoyard cookies instead of bread and added whipped cream. Accordingly, back then Russian apple cake was called Charlotte à la Parisienne (Parisian Sharlotka). When Russian tsar Alexander I entered Paris as a winner, the French chef served him this delicious apple cake. This was the turning point in the history of the dessert, and soon it became known as Charlotte Russe or Russian sharlotka.

Another legend connects Russian sharlotka with German bakers who lived in Russian at the end of the 19th – beginning of the 20th centuries. German wives, whom the Russians nicknamed Charlotte, prepared the cake from the leftovers of bread and other products. The locals often made fun of such frugality and called German cakes Charlotte as well. Eventually, the recipe was adopted to Russian taste and became known as Russian apple cake. 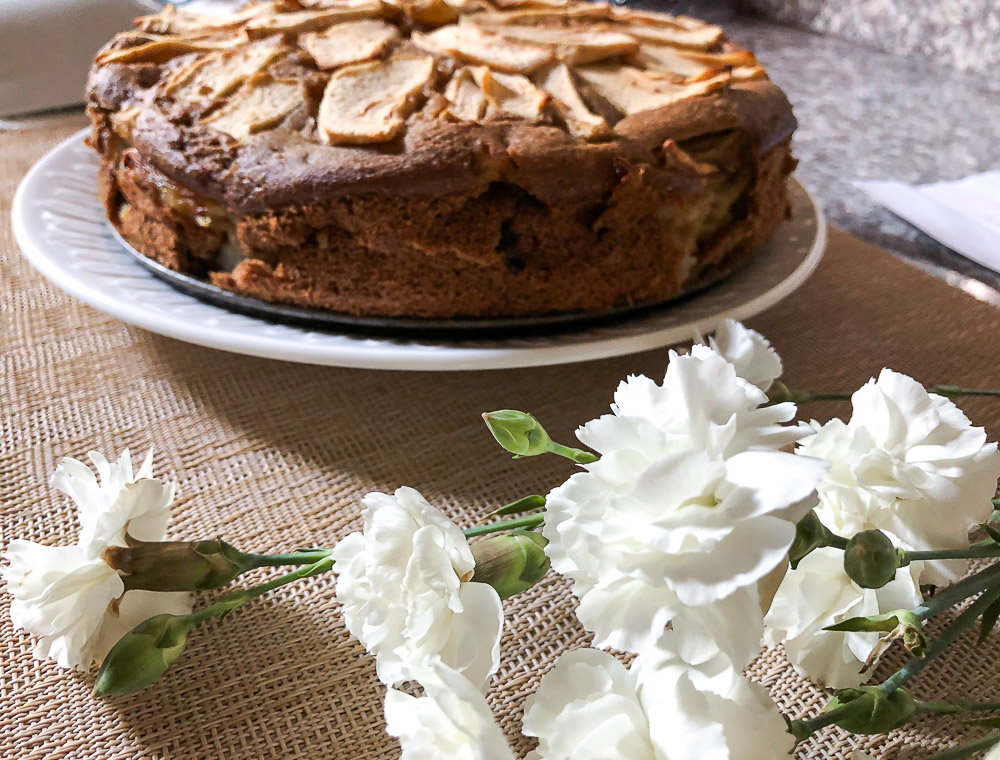