Traditional Mexican guacamole can be everything you want it to be: an avocado-based dip, salad, or spread.

Until our trip to Oregon, where I fell in love with Mexican cuisine, I was indifferent to Mexican dishes. During those times when hunger forced me to look for hearty food, Chipotle with its Mexican-American guacamole-topped bowls was, surprisingly, always around the corner. After spotting this restaurant, I never bothered to search for anything else. Traditional Mexican (as I was thinking then) burritos and bowls with lots of guacamole were my ultimate choice.

One of my friends though dispelled my confusions. Regardless of how much guacamole a dish at Chipotle had, it was an americanized version of traditional Mexican cuisine. “Once you try the authentic Mexican dishes, you’ll see the difference yourself”, was his response. My friend also never failed to add that guacamole (you can see how addicted I was) didn’t have to be a key part of every traditional Mexican dish.

I did prove my friend right. Traditional Mexican cuisine turned out to be divine, but I still like to add at least a spoon of guacamole to every Mexican dish I eat. 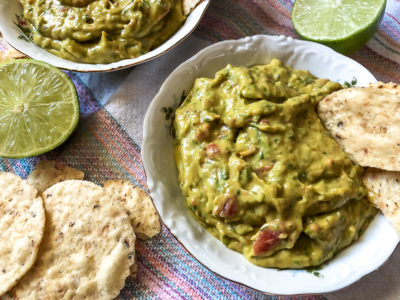 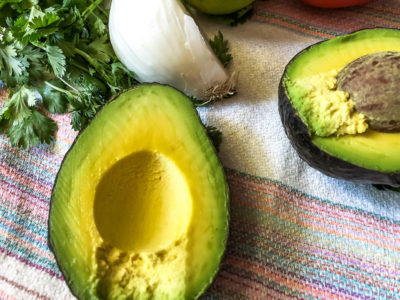 A Word about Mexican Guacamole

Mexican guacamole dates back to the 16th century. It is believed that the Aztecs were the first nation that ate this popular dish. Guacamole comes from word ahuaca-mulli, which can be translated as avocado sauce. To make their signature dish, the Aztecs mashed tomatoes, onions, and avocados. Although the inventors of guacamole didn’t know all the health benefits of the dish, they believed it was aphrodisiacs.

The simplicity and amazing taste of original guacamole gained popularity among Spanish conquistadors who brought the recipe back to Spain. The Spanish not only added modern twist to the original recipe, but also adjusted the name of guacamole to their liking. So instead of ahuacatl, they uses aguacate, which eventually became avocado. Consequently, the word guacamole replaced ahuaca-mulli. 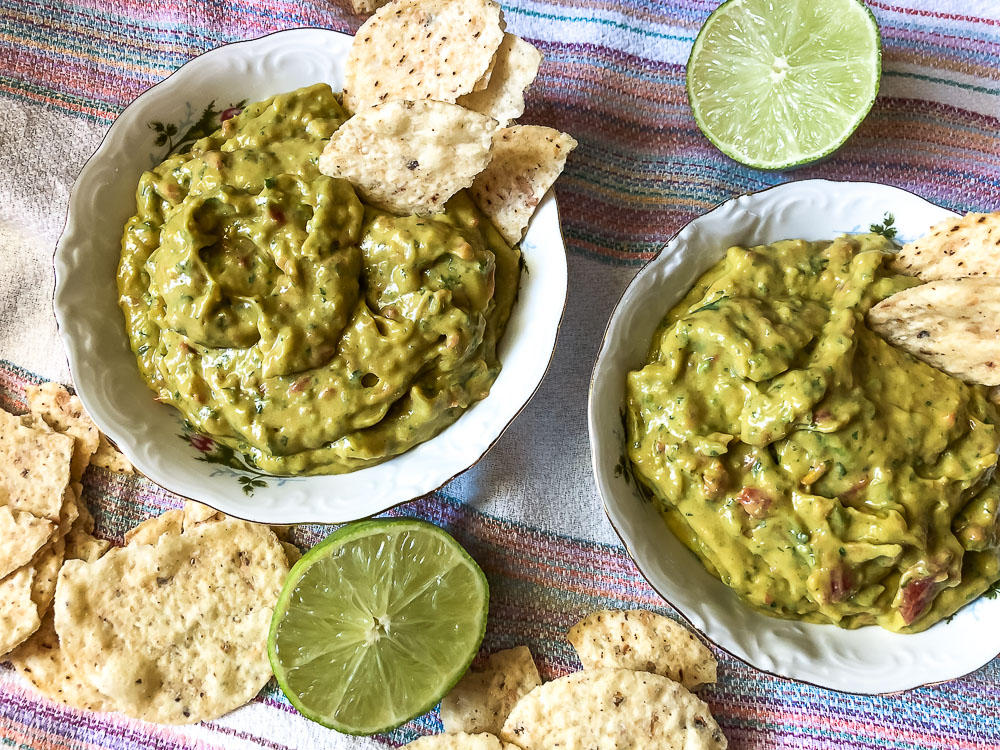 How to Make Guacamole

You need molcajete to make the most traditional and authentic guacamole. Usually you would mash the avocados in the molcajete and add other finely-chopped ingredients. My way of making traditional Mexican guacamole is way too modern though. I simply chop everything in a food processor.

How to Serve Mexican Guacamole

Although guacamole originated in Mexico, it spread all over the world like no other dishes. People use guacamole as a spread for tacos and burritos. You can often find it on top of a piece of bread as part of an avocado toast. Buddha or burrito bowls, generously topped with Mexican guacamole, are my favorite. The most common way of serving the dish, though, is as a dip for corn tortilla chips. 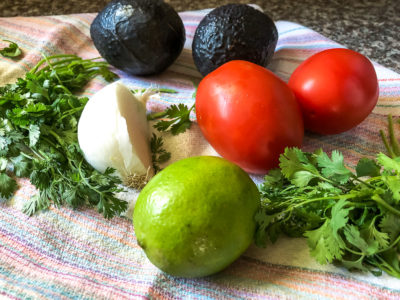 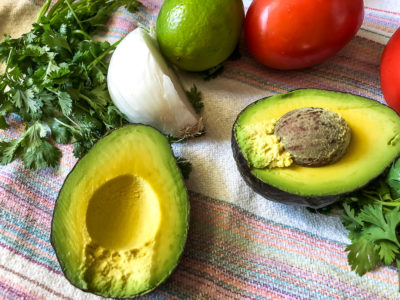 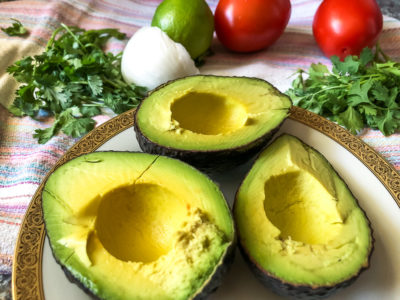 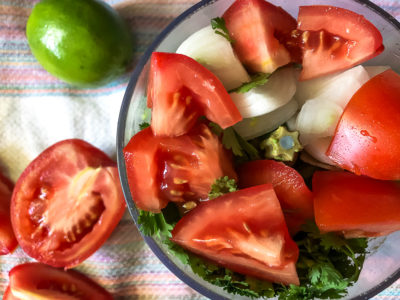 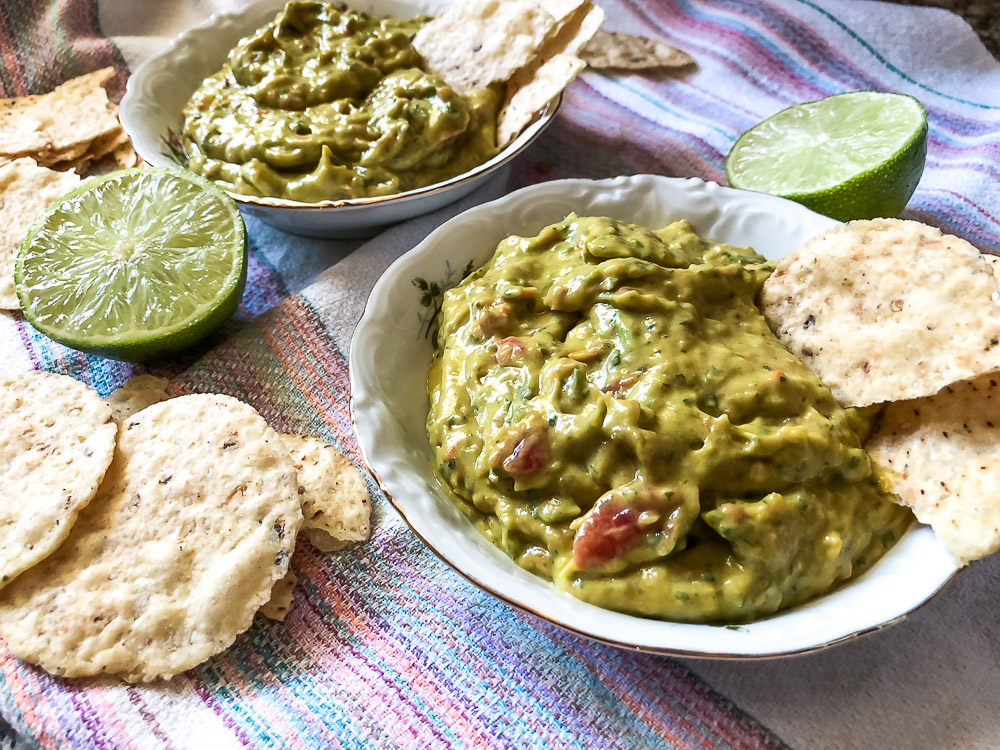 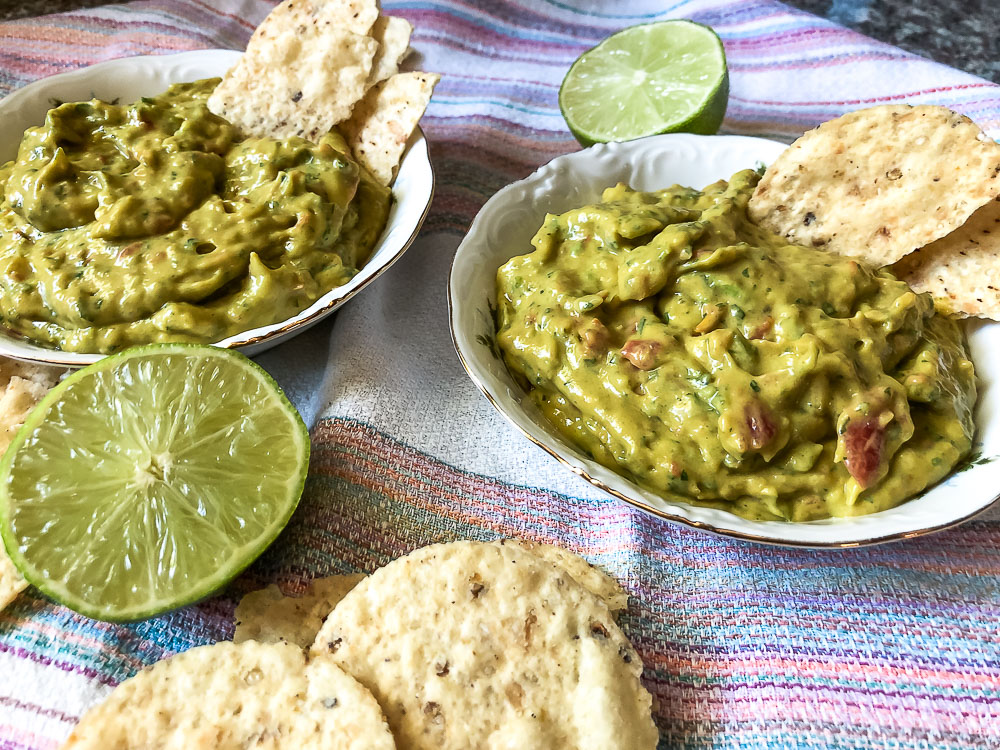