One day in Utrecht expands your Holland itinerary, enriching it with new colors, beautiful alleys, and endless canals. Just like in Amsterdam, spending one day in Utrecht refines your architectural taste and shows the country at its best.

Known as Amsterdam’s little sister, Utrecht is one of the biggest and most beautiful cities in the Netherlands. Quieter than the capital of the country, Utrecht, however, doesn’t lack sophisticated atmosphere of Amsterdam. Moreover, as a religious center of the Netherlands, it focuses on introducing visitors to its medieval churches and cathedrals. Additionally, one day in Utrecht further strengthens your love to the canals and charming bridges along with traditional city sceneries.

HERE IS YOUR COMPLETE GUIDE OF WHAT TO DO IN ONE DAY IN UTRECHT:

Located about 53 kilometers away from Amsterdam, Utrecht offers a perfect opportunity for a one-day getaway from the capital. It takes approximately one hour to reach the city by car. Additionally, for a hefty 75 to 100 euros, Uber will take you to Utrecht in about the same amount of time.
My favorite mode of transportation though is train. It takes less then 30 minutes to get to Utrecht from Amsterdam Centraal. Moreover, with a round-trip ticket of less than 20 euros, you save money for other activities during your one-day adventure in Utrecht.

Things to Do in Utrecht in One Day

Stroll the Streets along the Canals of Utrecht 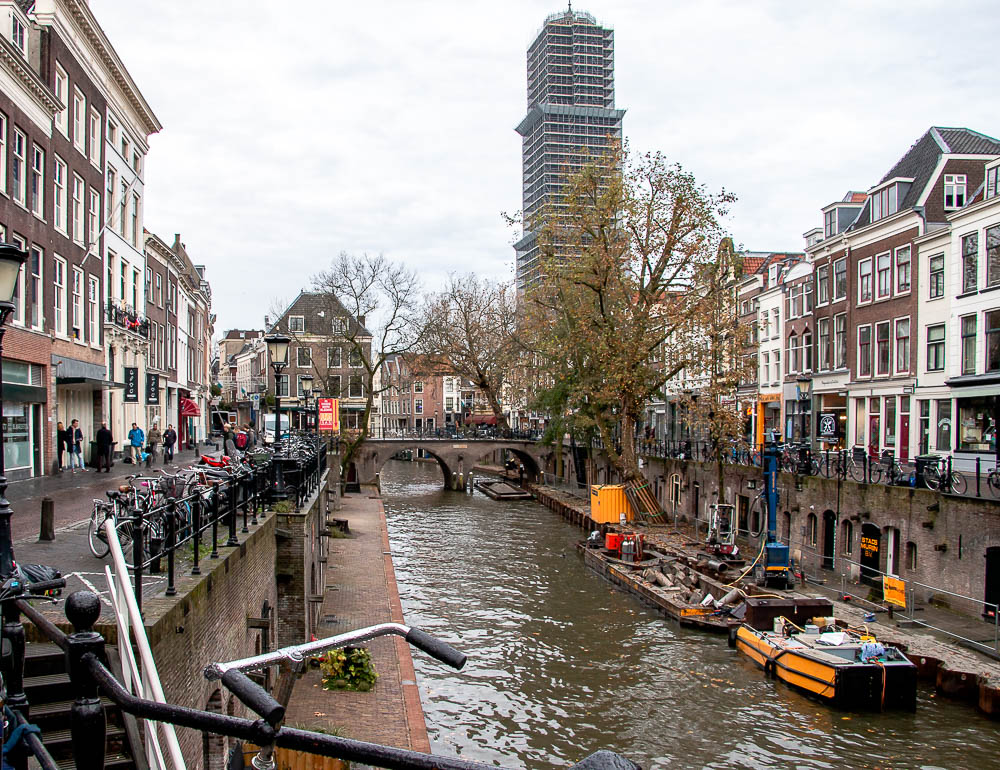 Utrecht is compact, and it doesn’t take long to explore it. A few hours of walking, however, will amass an unforgettable experience. One street unexpectedly meets another, enticing you with stunning architecture and adorable window displays. In addition, abundance of restaurants and cafés along the canals promises effortless breaks during your one-day Utrecht adventure.

When wandering the streets of the city, make sure to walk along the Oudegracht. Also known as “old canal”, it’s by far one of the most beautiful and busiest places in Utrecht. The canal runs through the center of the city, gathering charming cafés and small shops along its shores. Moreover, with plenty of midday activities, the place can easily become a highlight of your day in Utrecht.

The Nieuwegracht is another canal you should put on your one-day Utrecht itinerary. Similar to the Oudegracht, this small canal runs through the heart of the city. And just like the latter one, it eventually connects with a moat that encircles Binnenstad, the Old Town of Utrecht. 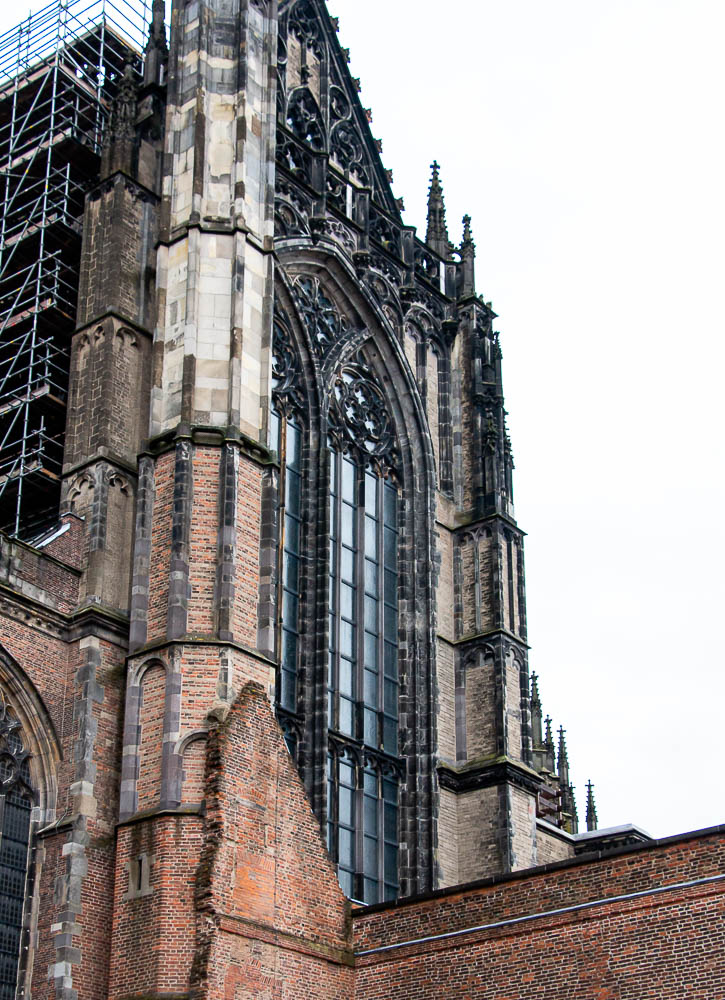 The Dom Tower can be either relaxing or one of the challenging experiences during your one-day trip to Utrecht. On one hand, the Dom Tower, the symbol of the city, impresses wit its Gothic-style architecture. Often it becomes a favorite photography subject of almost every tourist in Utrecht.

On the other hand, the Dom Tower astonishes as the tallest church tower in the Netherlands. Climbing 465 steps of the tower is quite challenging and certainly not for faint-hearted. But the reward is worth every effort. At 112 meters, the Dom Tower is capable of showing you different side of Utrecht even in just one day. Once the largest church in the Netherlands, the St. Martin’s Cathedral is one of the popular landmarks in Utrecht. Hardly any visitor spending a day in Utrecht knows that the Dom Tower was part of the St. Martin’s Cathedral. As the famous tower, the cathedral has an impressive look. Moreover, it’s the only church in the Netherlands that has resemblance to the classic Gothic architectural style.

However, while the exterior of the St. Martin’s Cathedral impresses immensely, the interior remains rather simple. Nevertheless, the lavishly decorated tombs of the church spice up a day spent in Utrecht. 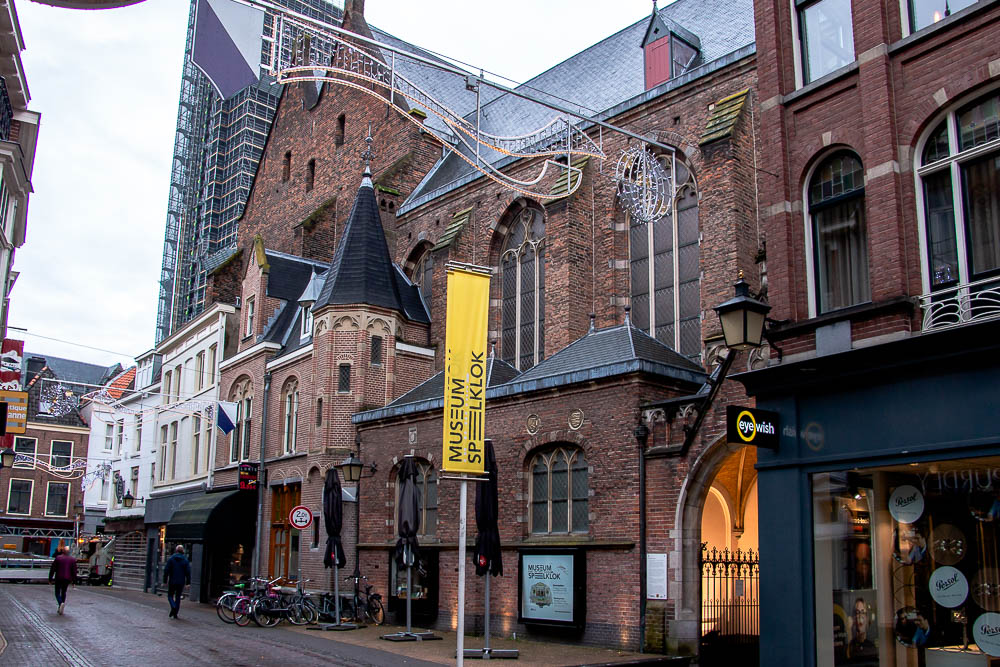 Not a day without music at the Museum Speelklok in Utrecht! Regarded as the happiest museum in the Netherlands, the place displays automatically playing musical instruments. The museum’s collection includes different kinds of music boxes, playing bells, turning organs, and even orchestrions. Located in the heart of Utrecht, the Neude Square is one of the popular places in the city. Ample cozy cafés, bars, and restaurants of the place attract visitors and locals alike. Be it early morning or late afternoon, the Neude Square always brightens your day in Ultrecht with delicious food. Moreover, you can share a drink with a friend here. Additionally, give yourself permission to go on a shopping spree in the side streets of the square.

The little sister of Amsterdam takes its title of the religious center of the Netherlands seriously. Thus, spending a day in Utrecht often involves visiting some of its most beautiful churches. After the St. Martin’s Cathedral, the St. Willibrord’s Church is another religious institution that longs for your attention. But unlike the cathedral, it astonishes with colorful stained-glass windows, pleasing woodcarvings, and painted walls and ceilings. 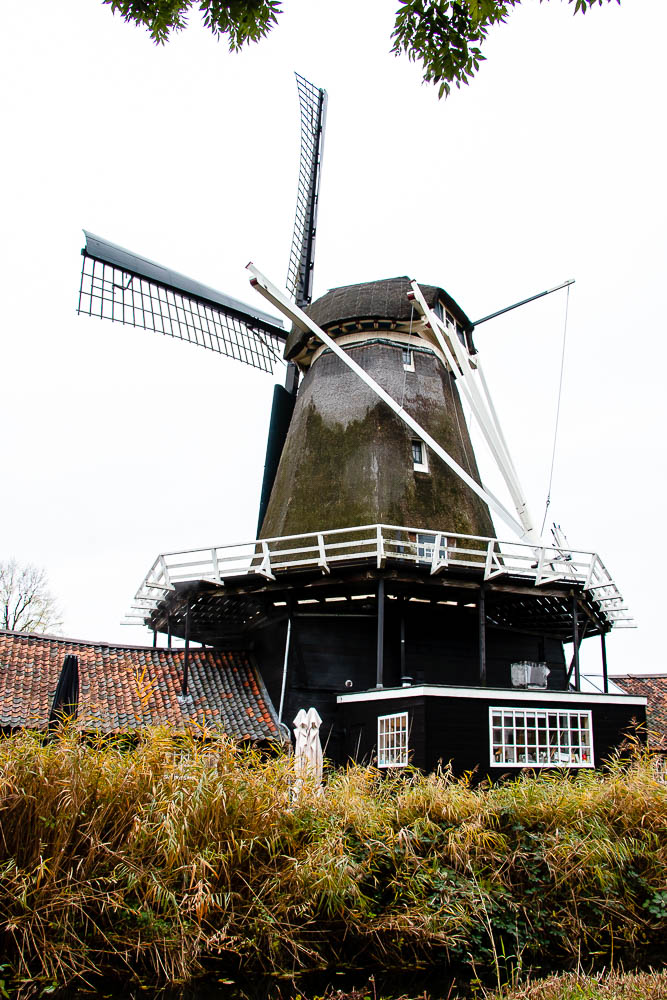 If you visit Utrecht on a Saturday, make sure to dive into history of the Netherlands at the De Ster. Located a stone’s throw away from Utrecht Centraal, this 18th-century wind-driven sawmill takes you back in time. It opens you its secrets and shows its work process. In addition, the tours are free and work to accommodate your schedule.

It’s absolutely impossible to spend a day in Utrecht without visiting De Haar Castle. The largest medieval castle in the Netherlands, the place ranks among top twenty most visited museums in the country. Both the castle and its gardens deserve equal attentions. Moreover, they have all the chances to become your favorite places in and near Utrecht.