The second popular city in Belgium, Antwerp works perfectly for a one-day trip from nearby places including Amsterdam. On the other hand, thanks to its artistic and cultural heritage, Antwerp never feels boring even when you spend more than one day here.

How to Spend one Day in Antwerp

There are different reasons people choose to travel to Antwerp. While the name of the city didn’t sound entirely new to me, I didn’t know what to expect from it. The reason I decided to spend one day in Antwerp was as simple as it only could be. First, I never visited the city, moreover Belgium before. So, I was intrigued to explore a new country and city. Second, its close proximity to Amsterdam made it possible to visit Antwerp on a one-day trip from the Netherlands.

While my curiosity motivated me to spend one day in Antwerp, its beauty and history inspired me to see more of the city. And the first place to start was obviously the official language. Interestingly, Antwerp’s close proximity to the Netherlands didn’t just stop at enabling visitors to travel to the city on a one-day trip from Amsterdam. Located in the Flemish Region, Antwerp inherited Dutch as its official language.

Even the name “Antwerp” derives from a Dutch phrase that means “to throw a hand”. According to an old tale, the city was set on a shore of the Scheldt River where a young warrior defeated a mythical giant by cutting off his hands and throwing them into the river.

However, putting all tales aside, Antwerp surprises as the city with one of the oldest zoos in the world. Moreover, newspaper enthusiasts will be interested to learn that the first printed weekly newspaper called Relation was published in Antwerp in 1605. Last but not least, in 1920 Antwerp hosted the first Summer Olympics after World War I. 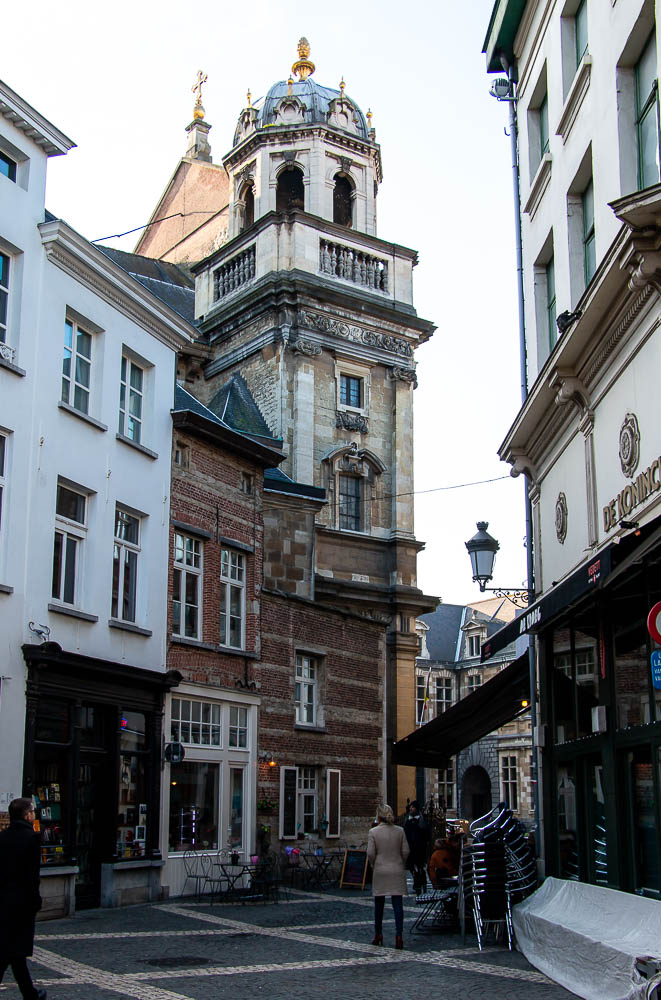 How to Get to Antwerp

The favorable location and reliable transportation make it not only possible, but also encouraging to visit Antwerp in one day. One of the most popular ways to get to the city is by trains that arrive at the Antwerp Central Station. There are dozens of routes and trains that connect Antwerp with other cities in and outside Belgium.

Buses also run frequently to and from Antwerp. In fact, it took me about two hours and twenty minutes to get from Amsterdam Sloterdijk to Antwerp Plantinkaai by bus. Approximately the same amount of time you need to get to the city by train.

Is One Day enough Time for Antwerp?

Despite its popularity, Antwerp is a small and walkable city. It doesn’t take long to see its major attractions and eat your weight in world-famous Belgian chocolate. Thus, even if you’re short on time, don’t hesitate to get on a one-day adventure in Antwerp.

Things to Do in Antwerp in one Day 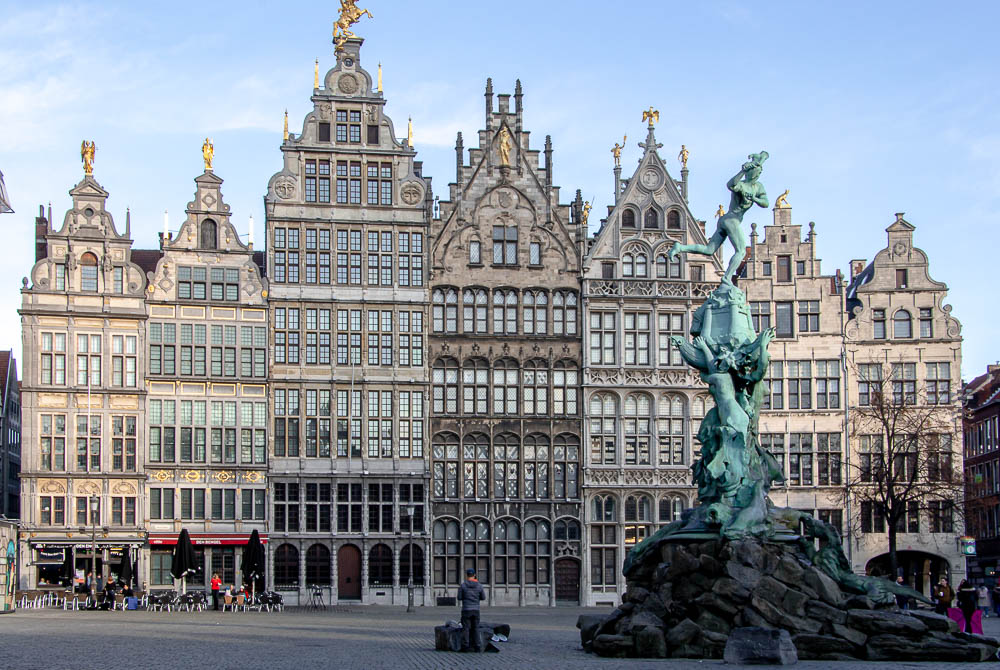 If your one-day trip to Antwerp starts at Antwerp Plantinkaai, the Grote Market will be your next destination by default. Located across the street from the bus station, the famous town square is a symbol of the city. In truth, if you’re like me and only saw pictures of Antwerp prior your arrival, you instantly recognize the Grote Market from those postcards.

In my case, I couldn’t help but fall in love with Antwerp’s Flemish Renaissance architecture at first sight. The Grote Market with its fairytale-like buildings, centuries-old houses, many cafes  and restaurants depicts the spirit of the city. It sets your expectations for the rest of the city very high. (Luckily, Antwerp never asks to lower the bar as you continue exploring the other parts of the city later in the day.) The square is especially beautiful during Christmas time when it hosts a Christmas market and ice rink.

Other things to admire in the Grote Market include the 16th-century City Hall, or the Stadhuis of Antwerp, and the Brabo Fountain. Located in the center of the square, the fountain depicts Silvius Brabo, the young hero who fought the mythical giant.

Check out Cathedral of Our Lady Antwerp 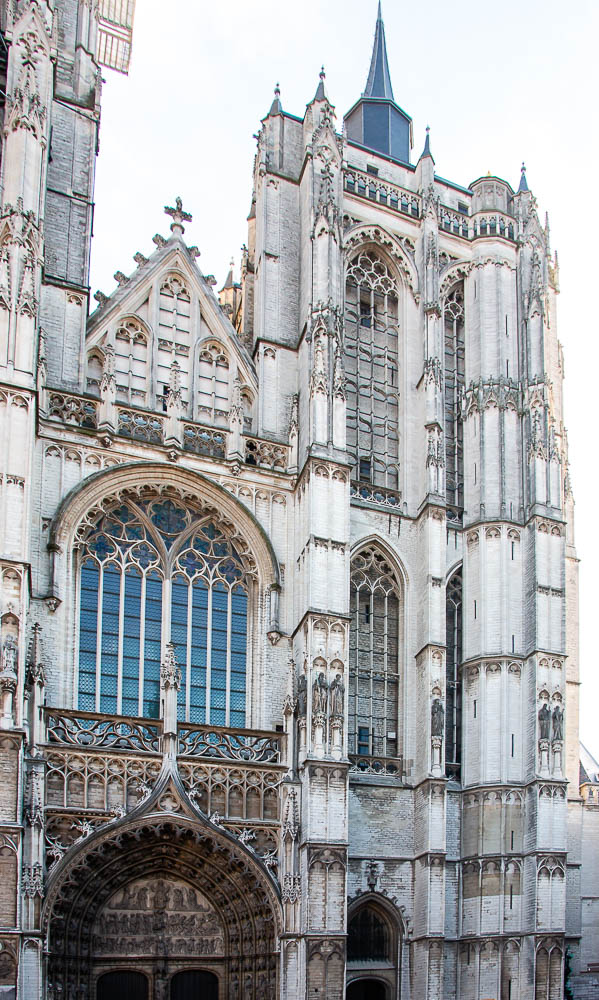 You don’t need any lists of things to do in one day in Antwerp before leaving the Grote Market. The towering peaks of the Cathedral of Our Lady (Onze-Lieve-Vrouwekathedraal) instantly guide you in the right direction. The tallest church tower in Belgium, the cathedral’s 123 meter-high spire has been dominating the city’s skyline since the 14th century. Unfortunately, due to numerous fires, much of the original interior was destroyed. Today 19th-century replicas prevail the inside of the Cathedral of Our Lady. 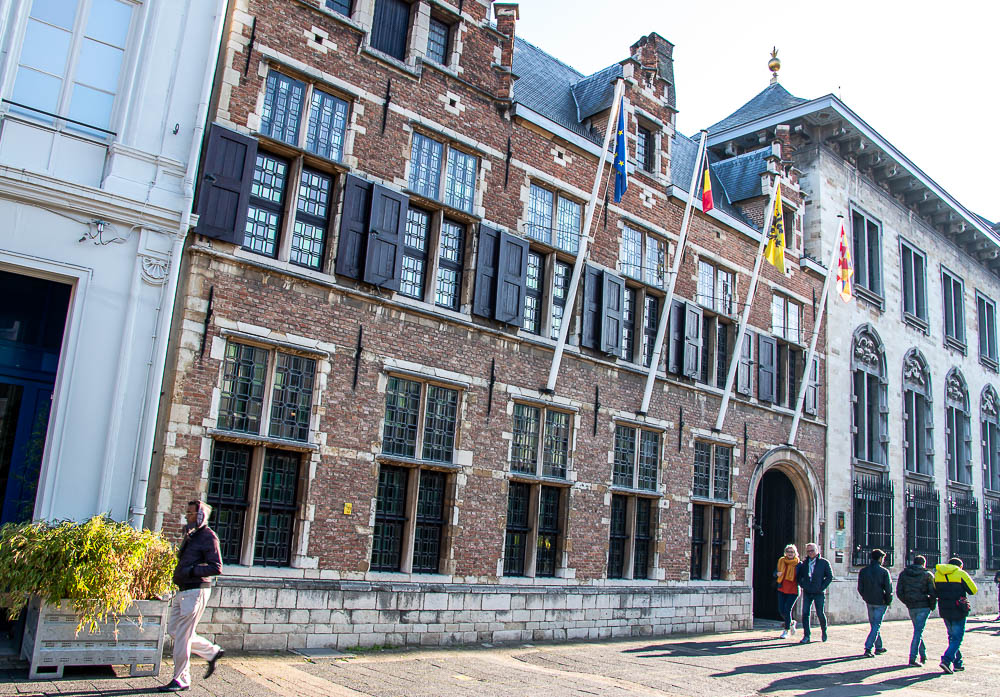 A one-day trip to Antwerp can’t not include a visit to the former home of one of its most prominent residents. The Rubens House, or the Rubenshuis, is a place where Peter Paul Rubens lived and created his masterpieces. The artist purchased the house in 1610 and renovated it on the basis on his own designs. The end result resembled an Italian villa. In 1946 the house opened its doors as a museum. Its permanent collections contain many works of the famous artist and his contemporaries. 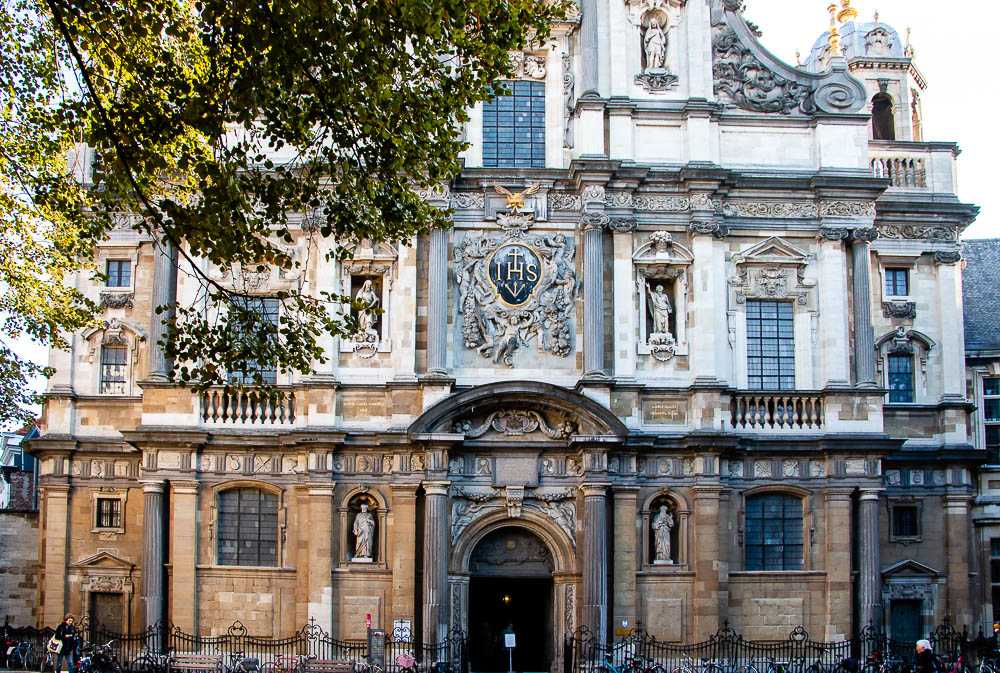 Hendrik Conscience Square in front of St. Charles Borromeo Church became one of my favorite places to hang out during this one-day adventure in Antwerp. Quite an impressive amount of pictures from this trip further confirms this.

St. Charles Borromeo Church was built between 1615 and 1621 as the Jesuit church of Antwerp. After the pope disbanded the Jesuit order, it became a parish church and eventually received its present name. In the old days, the church presented 39 ceiling painting by Rubens. Unfortunately, they along with other artworks were destroyed in a fire in 1718. Nevertheless, this loss didn’t break the spirit of St. Charles Borromeo Church. Today its stunning facade, tower, the High Altar, and the Lady Chapel make it stand out from other churches of this kind.

Take a Walk along the Riverbank 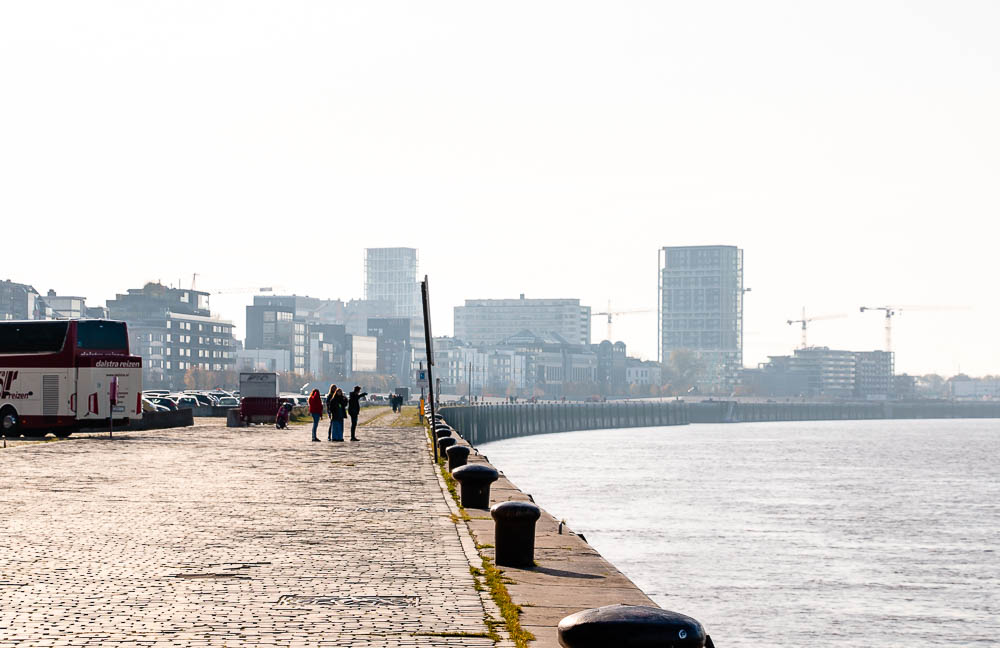 The last activity on my one-day Antwerp itinerary came as a surprise. Fired by the unknown and eager to explore the city, I completely ignored the riverbank near Antwerp Plantinkaai upon my arrival. Only hours later, when I was waiting for my return bus to Amsterdam, I got to appreciate this place with its beautiful views. Indeed, you can’t imagine a better way to finish your day in Antwerp. Strolling along the riverbank, watching passing by ships, and soaking in the last views of the city… It was perfect! And so was this day in Antwerp.

Recommended Tours for a One-Day Trip to Antwerp