On the road again in search of the best road trip destinations in the American Southwest.

The Best Road Trip Destinations in the American Southwest

The Southwestern United States, better known as the American Southwest, is an outdoor adventurer’s paradise full of the incredible road trip destinations. From deserts to canyons, waterfalls and unique arches, the region allures with the natural wonders that can’t be found anywhere else.

Regardless of the definition, there is no other place for the epic road trip destinations like the American Southwest. This unique area of the U.S. gathers the deepest canyons, the vast deserts, and some of the most spectacular national parks and monuments.

HERE ARE THE BEST ROAD TRIP DESTINATIONS TO  EXPLORE IN THE AMERICAN SOUTHWEST: 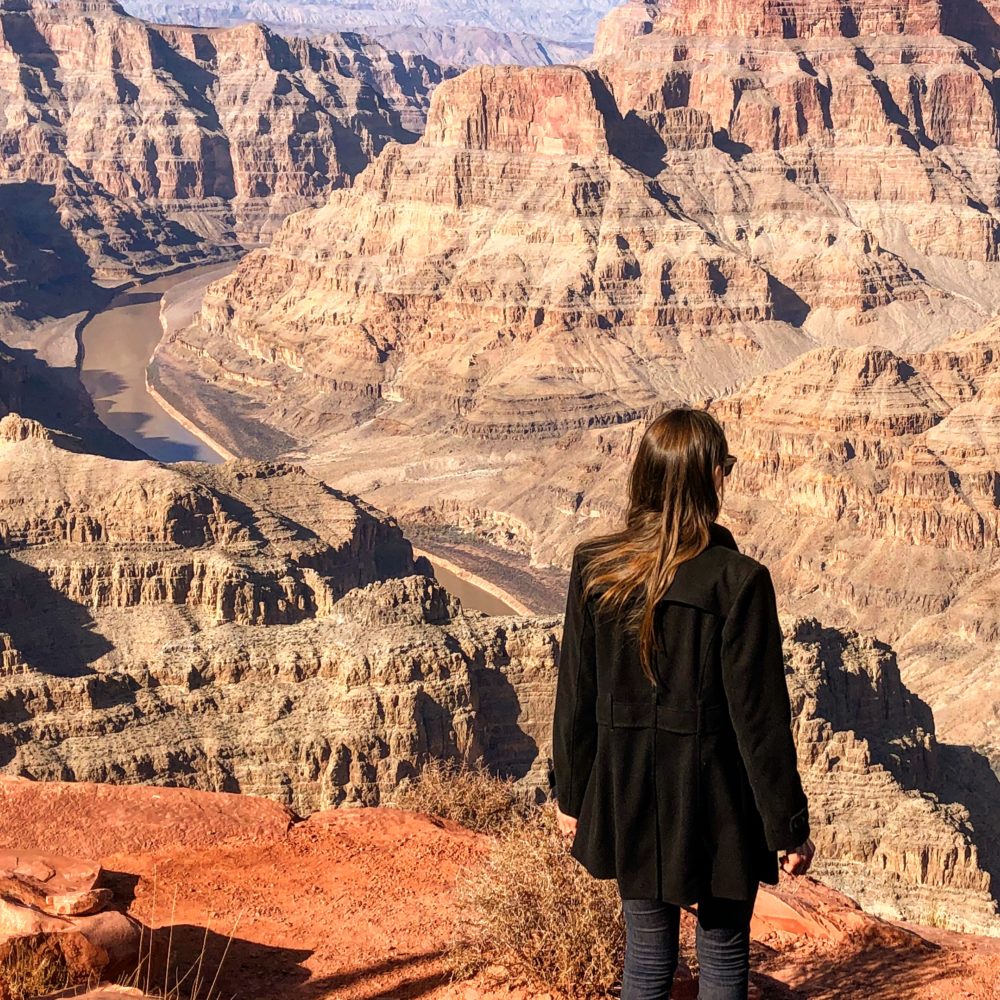 Symbol of the state of Arizona, Grand Canyon National Park is one of the best destinations it the American Southwest. The great abyss with its layered red rocks belongs to one of the 7 Natural Wonders of the World. Moreover, in 1979 the Grand Canyon was declared a UNESCO World Heritage Site.

Spanning 277 miles long and up to 18 miles wide, the park offers more than one place to explore this part of the American Southwest. As many visitors favor the South Rim with such viewpoints as Mather Point and Yavapai Point, the West Rim doesn’t disappoint either. Here, Grand Canyon Skywalk alone deserves all the rights to be called one of the best road trip destinations in the American Southwest. Arizona tops the lists of many outdoor enthusiasts and adventure seekers for a reason. Home to ample natural attractions, it provides the world with such wonders as Horseshoe Bend. This picturesque meander of the Colorado River, located just outside of Page, gets lots of attention, though. Whether it’s due to its locations or free entrance, be sure to visit Horseshoe Bend early in the morning before crowds arrive. Following in steps of Arizona itself, the city of Page collects a number of the road trip destinations to explore in the American Southwest. A short drive from Horseshoe Bend takes you to another natural wonder near the city, Antelope Canyon. The famous attraction consists of two separate slot canyons: Upper Antelope Canyon and Lower Antelope Canyon. Both of these scenic sections deserve a visit. However, due to required ladder climbing in Lower Antelope Canyon it doesn’t suit every visitor. 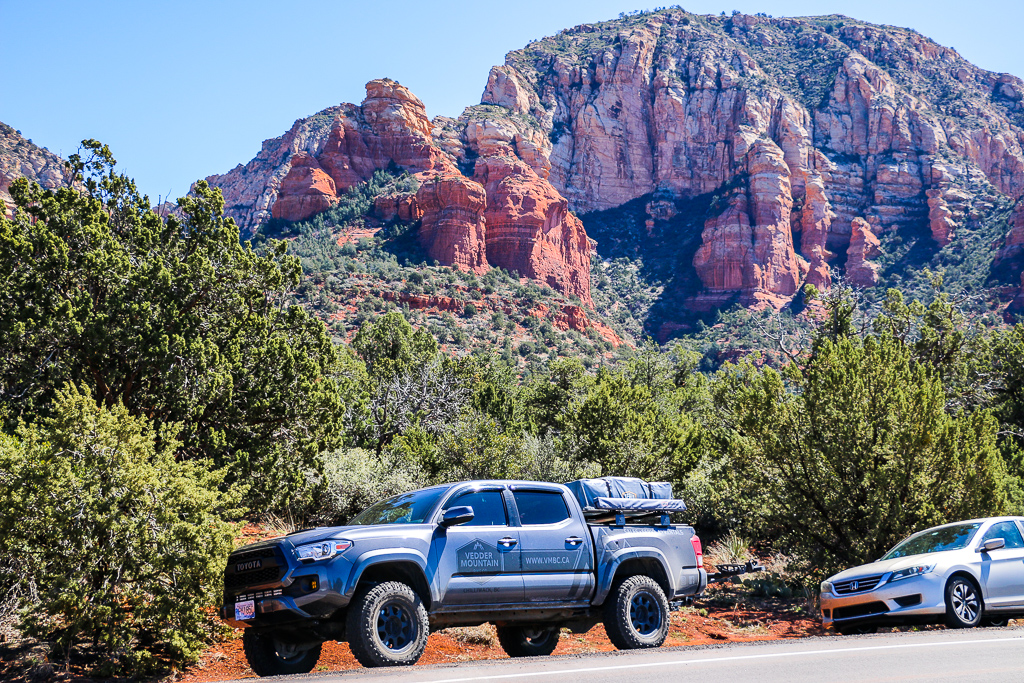 The road trip in the American Southwest asks for a few destinations to stretch your legs. Sedona, a beautiful desert town in Arizona, not only complies with this request, but also challenges you to test some of its panoramic trails. Start your hiking journey with Devil’s Bridge Trail and slowly extend it to Doe Mountain Trail, Cathedral Rock hike, and Soldier’s Pass Trail.

Bryce Canyon National Park is one of top Utah destinations to add to your road trip in the American Southwest. Although the name suggests that there is one canyon, the park collects a series of natural canyons or amphitheaters. The most famous of them is the Bryce Amphitheater, home to the biggest concentration of spire-shaped rock formations called hoodoos.

Utah is often referred to as the state of the “Mighty Five”. No, it doesn’t have anything to do with five 19th-century Russian composers. The “Mighty Five” destinations that entice the adventure seekers to the American Southwest are five national parks. Zion National Park is the most popular among them. Located about one hour away from Bryce Canyon National Park, the place is famous for steep red cliffs and Zion Canyon Scenic Drive.

Arches National Park is another natural wonder to add to your your road trip. This 73,234-acre wonderland attracts with contrasting colors, textures, and unique formations. In fact, the place boasts over 2,000 stone arches, hoodoos, towers, and balanced rocks. A great way to explore the park is to hike and camp. Nighty sky filled with endless stars is one more reason to visit this part of the Southwest.

Canyonlands National Park and Arches National Park are another set of road trip destinations to explore in the American Southwest in one day. It takes approximately 30 minutes to drive from one park to another. And just like its sister, Canyonlands National Park features unique natural formations as the ones you can see near Island in the Sky. Other places worth seeing here are the rock pinnacles or the Needles and the canyons of the Maze.

Among other prominent attractions in south-central Utah, a long wrinkle in the earth called the Waterpocket Fold is of most interest. The spectacular landmark runs from north to south for nearly 100 miles. It enriches the area with the canyons, rock formations, monoliths, and sandstone pinnacles. And this is home to Capitol Reef National Park, one of the epic road trip destinations and hiking places in the American Southwest. 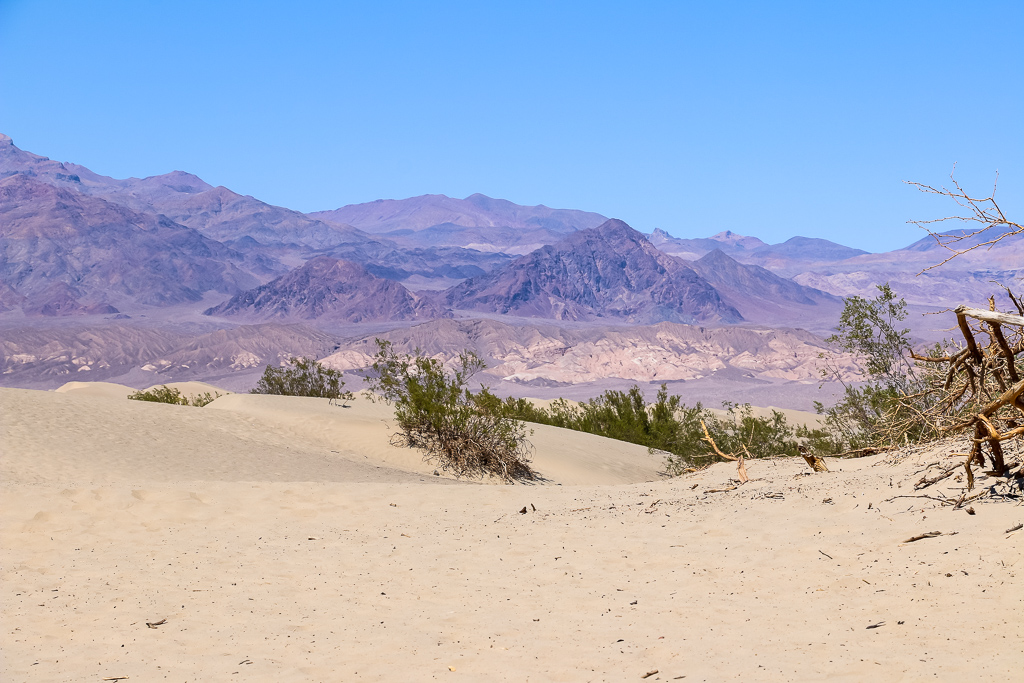 Salt flats, remote dry lake bed, sandstone canyons, and sliding rocks… Death Valley National Park is one of the top California destinations to add to your road trip across the American Southwest. Death Valley is the ultimate outdoor playground. Some of the places to add to your road trip itinerary are Badwater Basin, the lowest point in North America, and Zabriskie Point. The sliding rocks of the Racetrack are also quite the attraction. My most memorable experience in Death Valley, though, is an adventure at Mesquite Flat Sand Dunes. Joshua Tree National Park has it all: scenic views, epic hikes, and boulder formations for rock climbers and mountaineers. Camping is what drives many adventures to this deserted area just outside Palm Springs. Moreover, when it comes to glamping, there’re hardly any other road trip destinations in the American Southwest like Joshua Tree National Park.

Southern California prepared one more destination for your Southwest road trip. Located west of Lone Pine, Alabama Hills invites the outdoor lovers to explore its hills and rock formations with endless roads and trails. And certainly, keep your eye out for the Alabama Hills Natural Arch, the largest arch in the area.

Las Vegas can be one of the most entertaining road trip destinations in Nevada. But only its closest neighbor, Valley of Fire State Park, can be called the hottest one. The park is located 50 miles Northeast of Las Vegas and presents to its visitors many red rock formations, different in shape and size. On a sunny day, these natural wonders look like they’re on fire. Not hard to guess that these illusions are responsible for the name of the park.