Rome is a city where old meets new in the most organic way. It’s a city where a combination of ancient and modern became an essential part of the Roman culture. Where else like not in Rome you can see world-known historical sites peacefully living with “representatives” of the modern world? Walking on the streets of Rome is like reading a history book. Every corner of this majestic city breathes with the past. From the ancient ruins to renovated piazzas and churches, Rome keeps its history alive. And while you might not have time to explore all the famous attractions, make sure to check out these top nine historical sites in Rome. They represent only a small portion of what city has to offer. Nevertheless, these historical sites are the best places to immerse into spectacular history or Rome.

HERE ARE THE TOP NINE HISTORICAL SITES IN ROME: 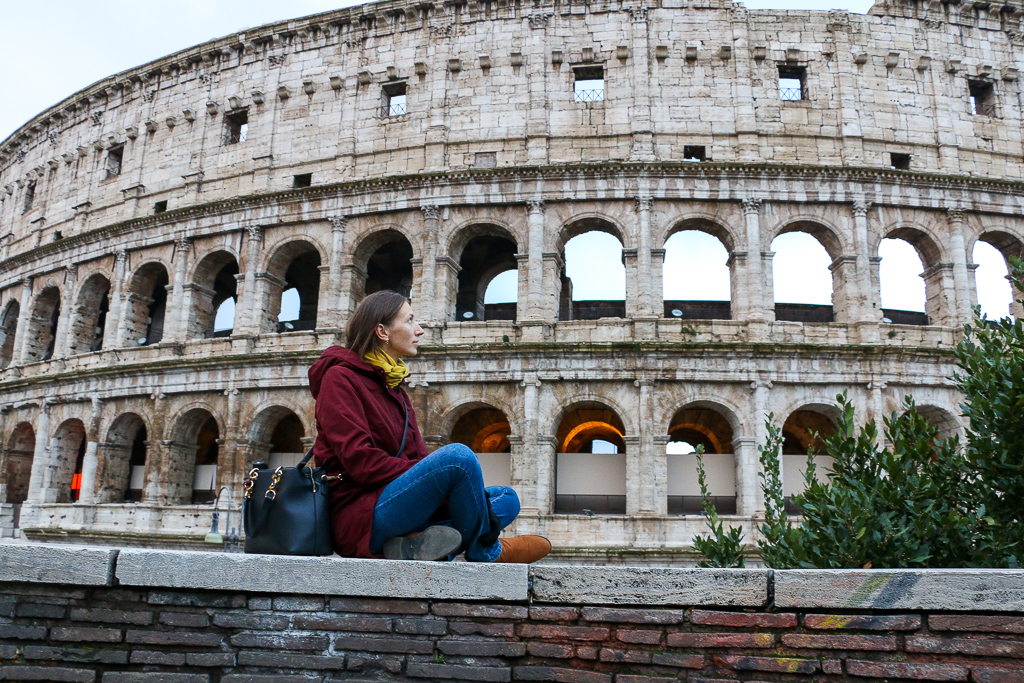 The Colosseum is one of the top nine historical sites in Rome whose fame goes far beyond the city and country limits. As one of the new Seven Wonders of the World, the Colosseum is by far the most popular attraction in Italy. The history of the great structure goes back to 70 AD, the time of emperors and gladiators. At that time, it took ten years to build the Colosseum, also known as the Flavian Amphitheatre. Upon its completion, is was one of the largest amphitheaters of the Roman Empire. It could fit up to 55,000 people. Moreover, the Colosseum became the most popular place for such “shows” as gladiator and animal fights. 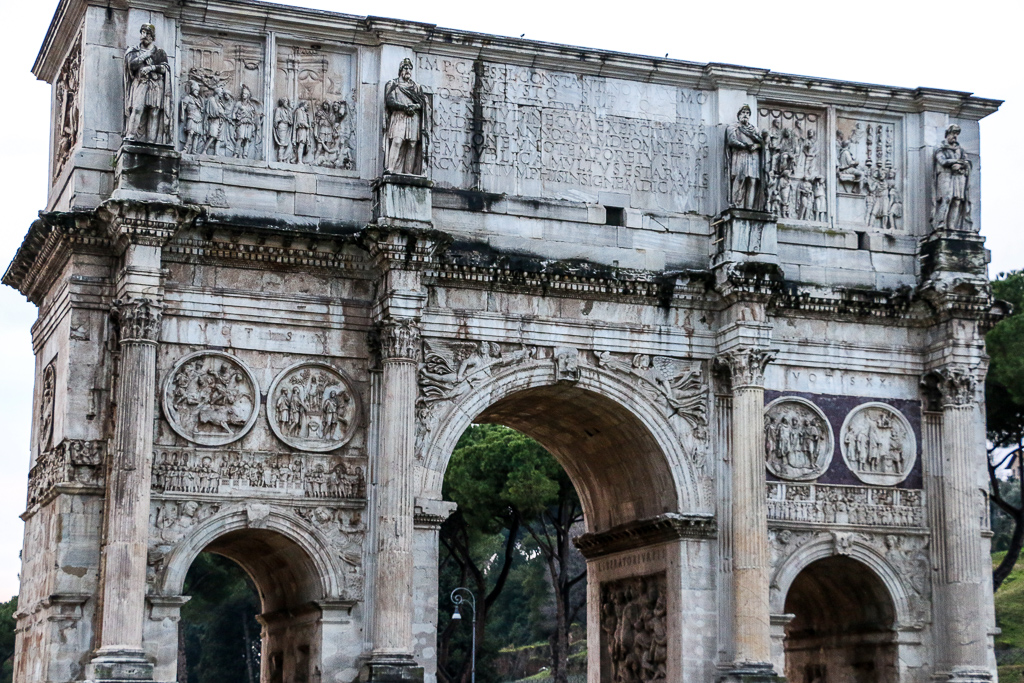 Right behind the Colosseum you can find the Arch of Constantine, one of the most recognizable historical sites in Rome. Like the Colosseum, this famous attraction never suffers the lack of visitors. The largest triumphal arch was build in 315 AD to commemorate Constantine I for his outstanding victory at the Battle of Milvian Bridge. Unlike the previous two top historical sites in Rome, the Imperial Forums or Imperial Fora include a series of squares. The construction of these public squares along with their magnificent buildings took place between 46 BC and 113 AD. During this time several emperors built their own forums here in order to immortalize their names. Additionally, the Imperial Forums served as the center of city life where influential people discussed economy and politics. 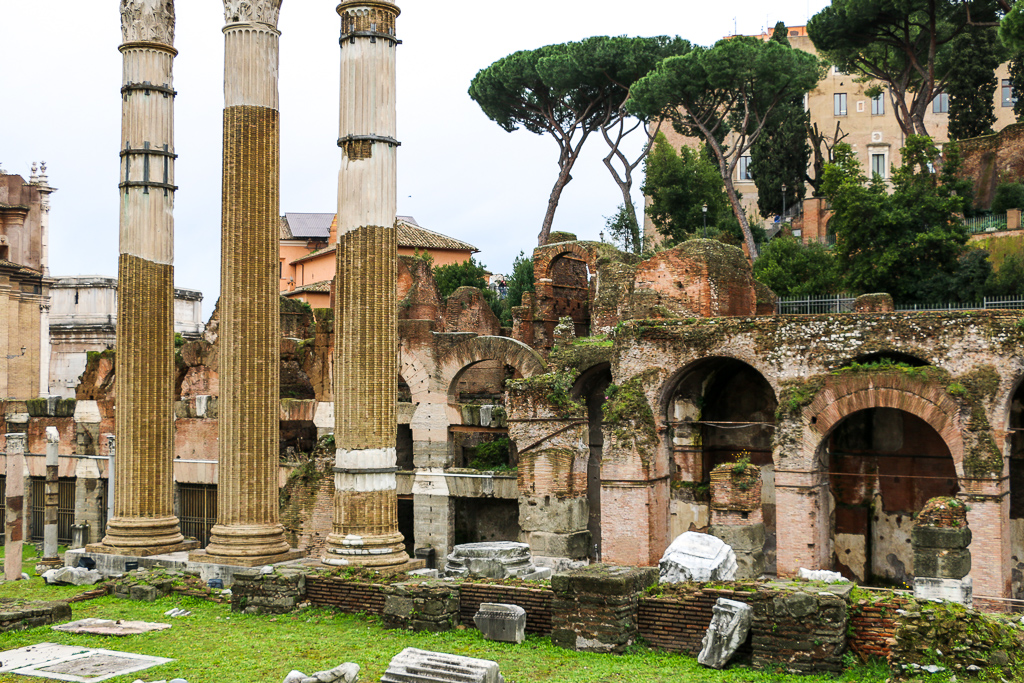 The Imperial Forums are often confused with the Roman Forum or the Forum Romanum, one of the oldest top historical sites in Rome. However, the Roman Forum is much older than the Imperial Forums. Its history goes back to the Etruscan dynasty that ruled Rome until 509 BC and built numerous buildings and arches. Eventually, it became the political center of the city. Unfortunately, not much was left of the Roman Forum. Today, it looks like sad, abundant ruins. However, with little creative effort, you can still see the signs of the ancient temples and arches.

The Top 9 Historical Sites in Rome: Renovated and Reconstructed 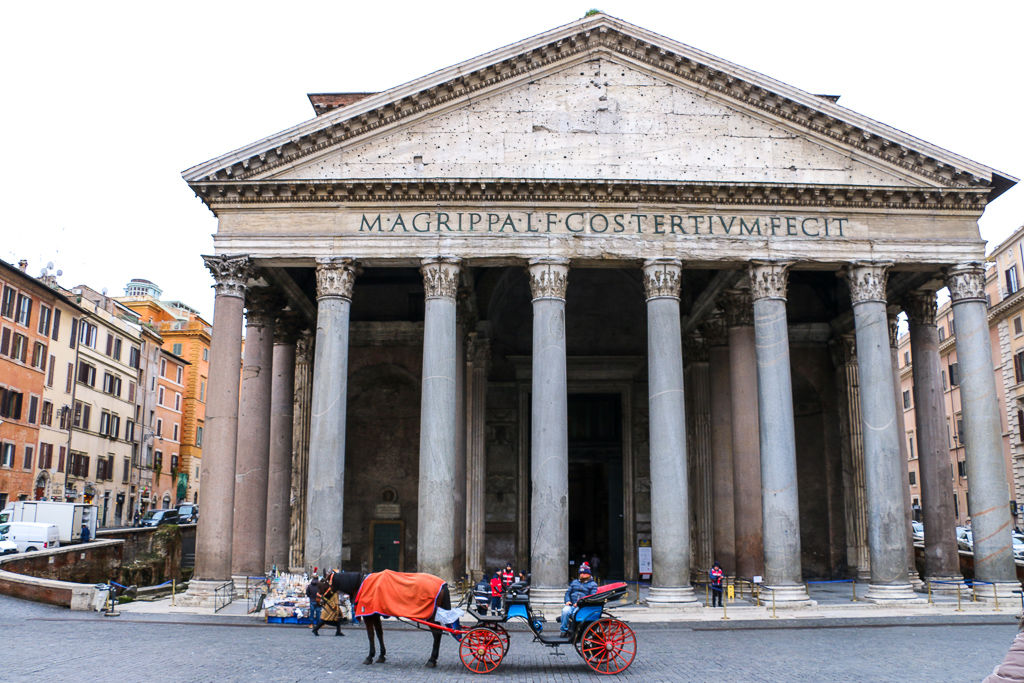 The Pantheon is one of the most preserved historical sites in Rome. Furthermore, it’s one of those ancient structures that live amid modern building of the city. You’d never look for a historical site here unless you know its exact location. With that said, the Pantheon of Rome as we see it today is a rebuilt copy of the temple. Originally, Marcus Agrippa built the structure in 25 BC and dedicated it to one of the Roman gods. However, a big fire burnt the temple to the ground in 80 AD. About 45 years later, by decrees of Emperor Hadrian, the Pantheon came back to life. Today, it’s a church that opens its doors to all visitors. 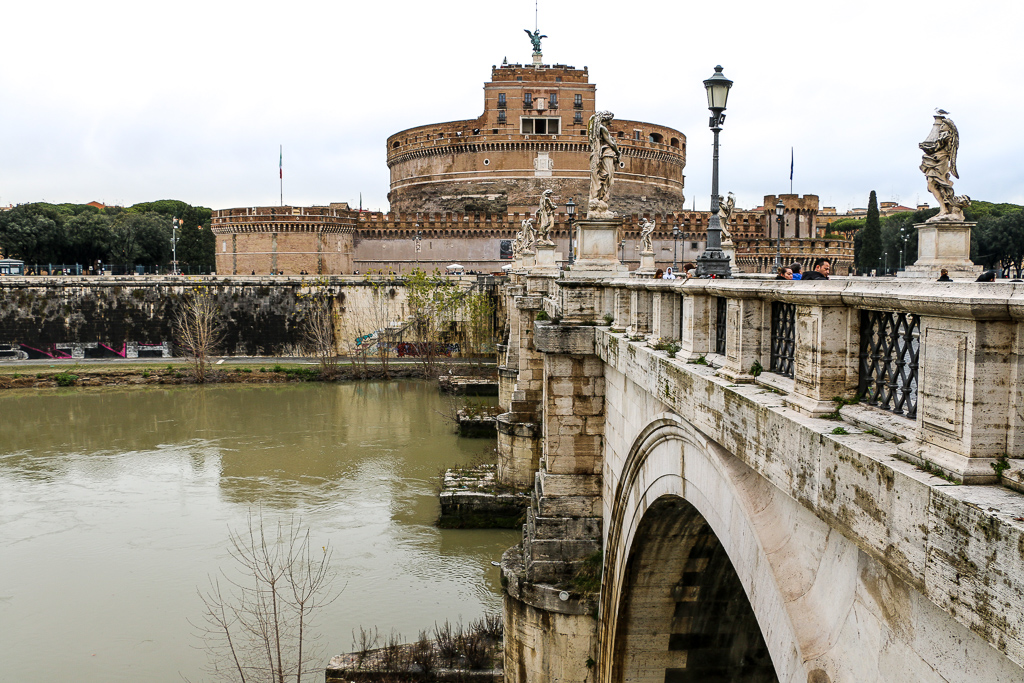 Located a short walk from Vatican City, the Castel Sant’Angelo is one of those historical sites in Rome that have the most interesting histories. Initially, Emperor Hadrian built it as mausoleum for himself and his family. As time passed, the building served as part of the city wall and fortress. Later, the popes used it as their residence. And finally it became a barracks and military prison. Today, Caster Sant’Angelo is a national museum and one of the most famous historical monuments in Rome.

Similar to the Castel Sant’Angelo, Piazza Novano completely changed its original functions. Build in 86 AD, one of the most famous historical sites in Rome was know as Domitian’s Stadium. Thanks to its large area and oval shape, it hosted festivals and sporting events. In the 15th century though, the life of the stadium came to an end. The place embarked on a new journey and became Piazza Navano, arguably the most beautiful square in Rome. Trevi Fountain is another beautiful historical site in Rome that goes far beyond its original version. In 19 BC Agrippa, the son-in-law of Emperor Augustus constructed a big aqueduct that brings water from the Salone Springs (about 14 miles from Rome). Only in 15th century, a small fountain found its way as an addition to the aqueduct. In 1732 though pope Clement XII commissioned Nicola Salvi to replace the small fountain with a bigger one. It took years of hard work before the new fountain was finally inaugurated in 1762. Only the location of the St. Peter’s Basilica is as ancient as most of the above mentioned top historical sites in Rome. The original church was built between 326 and 349 AD. The location of this historical site was rather symbolic. It’s believed that Saint Peter, the chief apostle was buried here in 64 AD. But by middle of the 15th century, the St. Peter’s Basilica was falling into ruin. Pope Nicolas V ordered to restore the church. However, his plan never came to life. Half a century later, pope Julius II decided to build a completely new church on this place. It was a very long endeavor that took over 100 years. Only in 1626 pope Urban VIII reconsecrated the new church. And ever since, the St. Peter’s Basilica has been a center of the Christianity and one of the main historical sites in Rome and Vatican City.