What is the first thing that comes to your mind when you think about California? Beaches and summer weather all year round… True! But the Golden State is much more than that.

“Where are you from?” “California.” “Oh, you, guys, have the best weather in the whole world!”

I stopped counting how many people think about California, first of all Los Angeles, this way. The Golden State is often viewed as an ultimate beach destination. The second most popular belief is that the Californians spend all their free time lying on the beaches.

We all have stereotypes and stick to them no matter how many times somebody tries to convince us in the opposite. When the outsiders think about California and Los Angeles, surprisingly, these preconceived ideas are so strong and so wrong. Even when you try to explain the opposite, people might look at you like you have no idea what you’re talking about.

I met some individuals who don’t even get bothered with your insider’s look. They continue to narrate their side of the story to anybody who has similar views about California, Los Angeles, and the rest of the West Coast. With that being said, here’re false beliefs that the Californians have to dispel again and again.

The outsiders often think about California when planning their summer vacation. Yes, it’s true. The Golden State can’t complain about its weather. However, it doesn’t have beach perfect conditions all year round.

It gets cold and even snowy, especially in central and northern California. And although it almost never snows in Los Angeles, mountains a couple of hours away from the city don’t cease to impress with the amount of snow they get in late fall and winter.

2. Everybody is a Movie Star or Model in Los Angeles

The biggest misconception about southern California and Los Angeles is that everybody here is a movie star or a model. After living in the Golden State for more than a decade, I still can’t believe how often people think about California this way.

No, not everybody in Los Angeles works in the movie industry. While many moves to the city to pursue their acting dreams, only a few make it to the top.

I had my share of that “celebrity” status imposed on me by the locals, forget about the outsiders. When I just moved to LA, the second most frequent question I received while operating cash register at Wal-Mart was “Are you a model?” “No.” “No? You should be.” The truth is not everybody is or wants to be an actor or model in Los Angeles.

3. California and Los Angeles are Packed with Bodybuilders and Beach Bombshells

Yes and no. If you think about southern California, and especially Malibu or Venice Beach, then you’re more likely to be right. Athletes with Schwarzenegger-like biceps dominate the beaches in this part of the state. Same goes for gorgeous, tanned gals with long locks and crop tops and short shorts practically all year round. Yet go just a few miles aways from these areas and you meet ordinary people like anywhere else in the USA.

4. Californias Spend Most of their Time on the Beaches

I wish it was true. In reality, though, many locals barely go to the beaches. Moreover, as the third biggest state in the country, the area consists of deserts, forests, valleys, and mountainous areas. Therefore, many Californians live hours aways from any sandy stretches of land.

The California Dream has been one of the main contributors to some of the biggest stereotypes about the state. It’s linked to the desire to gain fast wealth and fame. And the outsiders often think about California only in this regard. They believe that once you move to the Golden State, you almost instantly get rich and famous. It’s far from being true.

We touched on the fact that not everybody is a celebrity in California. So the illusion of becoming famous disappears pretty quickly.

The second part of the California Dream – and the American Dream for that matter – is mainly based on owning a house. Good news, you can really find a good property for a really good price. Bad news, if you plan to bring your California/American Dream to life in such big cities as Los Angeles or San Francisco, you’re better off to look for luck in some other states.

What the outsiders think about California dress code is by far the first stereotype close to being true. When in California, you think of T-shirts and shorts, sunglasses and sundresses, swimsuits and beach attire, and of course hoodies and sandals. You can easily describe the Californians as being dressed down, rather than being dressed up. 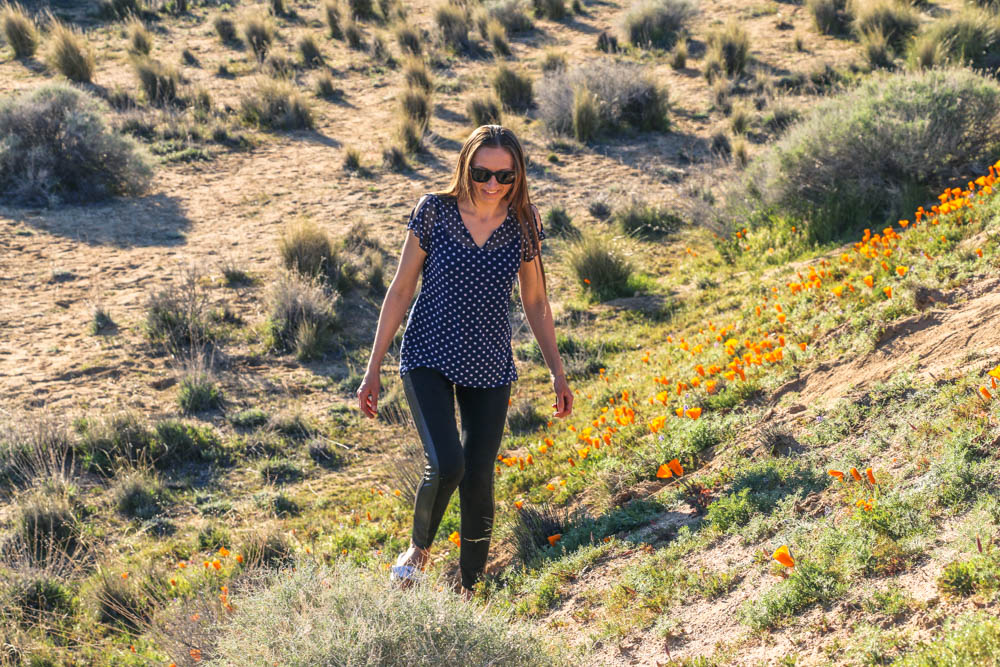 On the other hand, not every thing the outsiders think about California is false. And there’re a lot to enjoy and in some way even envy here. The true stereotypes about the Golden State include the following.

California might be cold, snowy, and rainy. But most of the time it’s sunny, indeed. While coming back to California from Europe, where I usually go in winter, I might not get the perfect beach weather right away. But I can always count on some sunshine to welcome me back.

Many Californias, especially in and near Los Angeles, take care of their health, run and hike a lot, and eat healthy. Therefore, the outsiders don’t really get surprised to find out that the state has one of the lowest obesity rates in the USA. As USNew states, the Golden State is one of a few states that require their students to enroll in some physical education classes.

In fact, it’s true. Be it the aftermath of the Hollywood and its pressure to look fit and healthy or the warm weather that allows you to hike all year round, the fact is undeniable. The Californians like to move their bodies.

And it’s a big thing when you think about California and its eating habits, largely influenced by Mexican cuisine. Locally grown avocados are integral part of every restaurant and household in the state. Even in Oregon, one of the closest neighbors of California, this fruit can cost three times more than in the Golden State.

“It’s easy to be vegan there.” And I have to agree with this way of thinking about California. The state is a paradise for alternative diets. Whether you’re vegan or vegetarian, raw foodist or intolerant to gluten, many local restaurants cater to all your needs and preferences.