There is nothing better than a slice of raw tropical coconut cake to keep yourself cool on a hot summer day.

I watched zillion videos how to make raw tropical cakes, but never tried myself until now. Raw tropical coconut cake? Me? One day I was going to make one of them, the questions was “when”.

It was my nephew’s birthday. Everybody decided to make either main dishes or salads. I was left with the responsibility of providing a cake. Normally, I’d go and buy one. But since COVID-19 is still very present, I try to eliminate my shopping activities as much as possible. (Aren’t stores, especially grocery stories, the busiest places right now? On top of that, lines can go all around the corners of the stores. So, you need at least a couple of hours to get that cake.) With that in mind, I decided to make my own raw tropical coconut cake. A Bit About Coconuts and Tropical Coconut Cake

When it comes to raw tropical coconut cake, we automatically assume abundance of fresh tropical fruits and nuts. Moreover, preheated ovens are rarely involved in our tropical baking plans. And certainly, any tropical cuisine can’t exist without coconuts.

The coconuts existed for centuries, but they became known in the western countries only in the 6th century. It was Marco Polo who “discovered” this tropical delicacy during his travels in India. Although the coconuts are technically fruits, the famous traveler called them nuts. The word “coconut” appeared only in the 16th century. It derived from the Portuguese and Spanish word “coco”, which meant “head” or “skull” and emphasized this tropical fruit’s resemblance to facial features.

While the coconuts have been one of the main ingredients of the tropical cuisines, they came to the West not that long ago and instantly captured the hearts of the Westerners. In most cases, the coconuts are eaten raw. On top of their sweet taste, this way of eating ensures you get all the benefits from the food.

Some people can be skeptical about the raw dishes. Thus, I was relieved when everybody liked this raw tropical coconut cake, which made me want to share the recipe here. 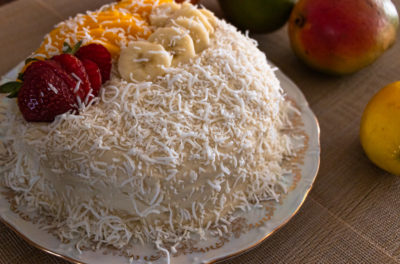 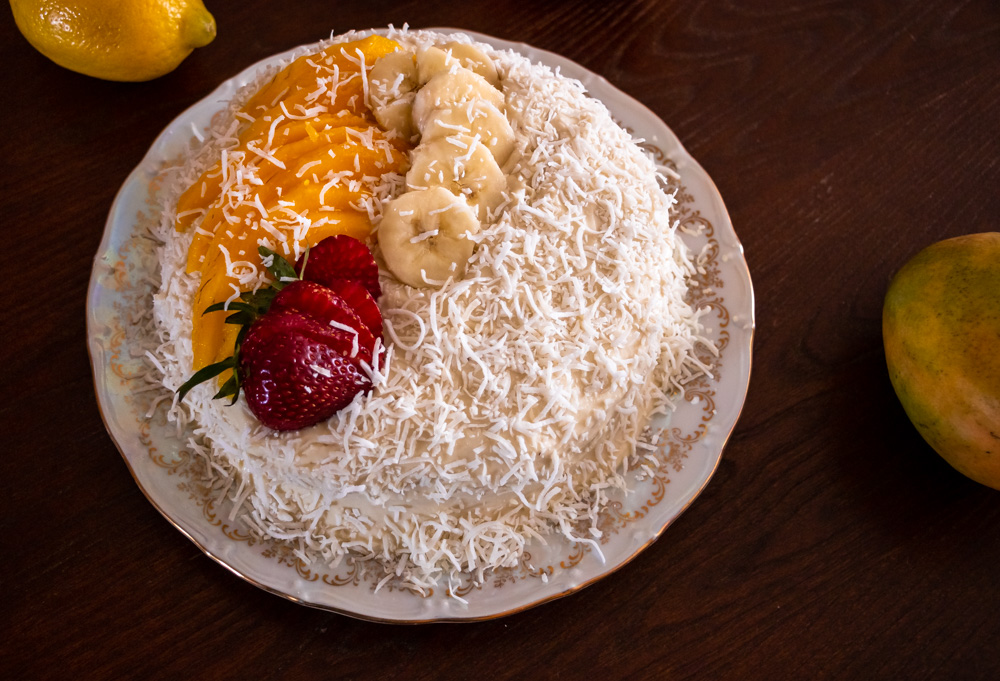